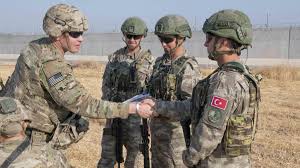 This move was made to make way for the Turkish offensive to enter the area. The announcement signaled an abrupt end to a months-long attempted peace between two important allies.

A phone call between President Donald Trump and Turkish President Recep Tayyip Erdogan revealed that Turkey would begin a military offensive that would not involve the US forces, the White House said.

The move effectively gives Turkey the opportunity to attack US-backed Kurdish forces. This group has been considered one of the White House’s most reliable partners in Syrian and has aided in the campaign against ISIS in the region.

The White House added that Turkey would now be responsible for all captured ISIS fighters who are being held by Kurdish forces in northern Syria once the US backs out of the area.

Sunday’s statement did not specify if this constituted a full withdrawal of around 1,000 US troops that are operating in northern Syria.