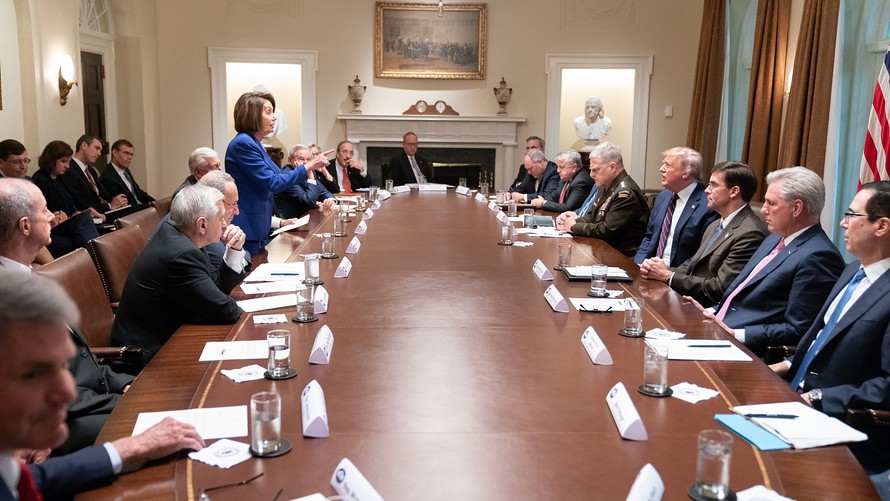 President Trump tweeted a picture of House Speaker Nancy Pelosi standing among a room of seated politicians, waving a finger at the president at a White House meeting on Wednesday.

However, Pelosi took Trump’s photo and made it her Twitter cover photo, sending a clear message to the President.

Along with the picture, Trump hurled a series of insults at Pelosi via Twitter saying “Pray for her, she is a very sick person!”

The meeting was focused on rising tensions in northern Syria after Trump pulled U.S. troops from the area. Nearly two-thirds of the House of Representatives GOP caucus voted in opposition of Trump’s decision.

In response to this vote of disapproval, Pelosi and Trump began a heated argument. This tense meeting comes not long after Pelosi announced the impeachment investigation into Trump.

Once Trump called Pelosi a “third-rate politician,” democrats left the meeting entirely. Pelosi and Senator Chuck Schumer, the House minority leader, told reporters outside the White House “What we witnessed on the part of the president was a meltdown.”

Both Pelosi and Trump are known for leaving meetings out of frustration, but this meeting ended in record time: 20 minutes.