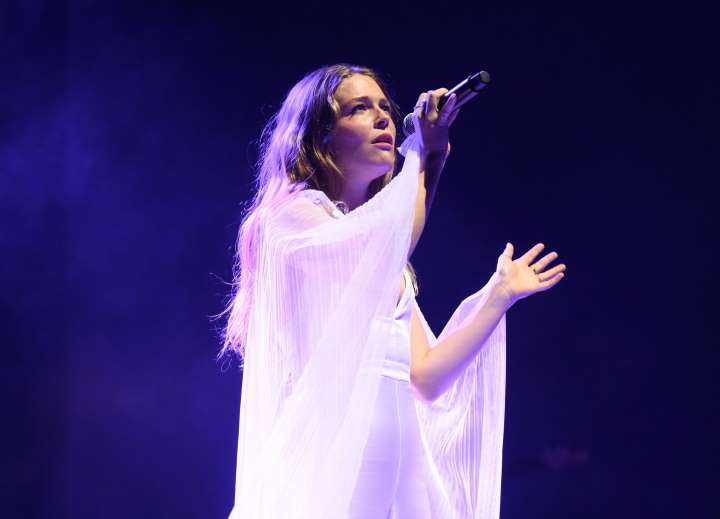 After being yelled at on stage to “free the nips” at a Texas concert on Saturday, 25-year-old singer Maggie Rogers fought back on social media and shared a message of courage.

“I step on stage every night and give every part of me,” Rogers posted on Instagram on Sunday. “And my community shows up every night and together we create a safe space to amplify each other.”

A concertgoer yelled “take your top off” as Rogers gave a heartfelt speech dedicated to her fans. Another male audience member joined in shouting, “You cute, though” before the ‘Alaska’ acoustic encore of the show. Rogers described this moment as the most vulnerable part of the set.

“I was stunned. Furious. Fuming. Confused. And also — on a really basic level — it really hurt my feelings,” she wrote. “There is no space for harassment or disrespect or degradation of any kind at my show.”

Rogers gained a following after showcasing her song ‘Alaska’ to Pharrell Williams during a masterclass at New York University in 2016. This song currently has more than 14 million views on Youtube. She released her debut album “Heard It In a Past Life” in January after being a musical guest on Saturday Night Live in November 2018.

Rogers’ stance is a disturbing reminder of what women in the public eye have to go through — and her fans were right by her side, cheering her on. By calling out the sexual harassment both during the set and on Instagram, she is creating a greater platform for change.

“Don’t tell me to take my top off in the middle of my sentimental speech,” she fired back.

As she began to play her next song the heckling continued.

“I feel really uncomfortable,” she said. “I don’t quite know what exactly I want to say in this moment.”

The next day she posted the statement on Instagram, concluding the post with “Be kind to each other out there.”