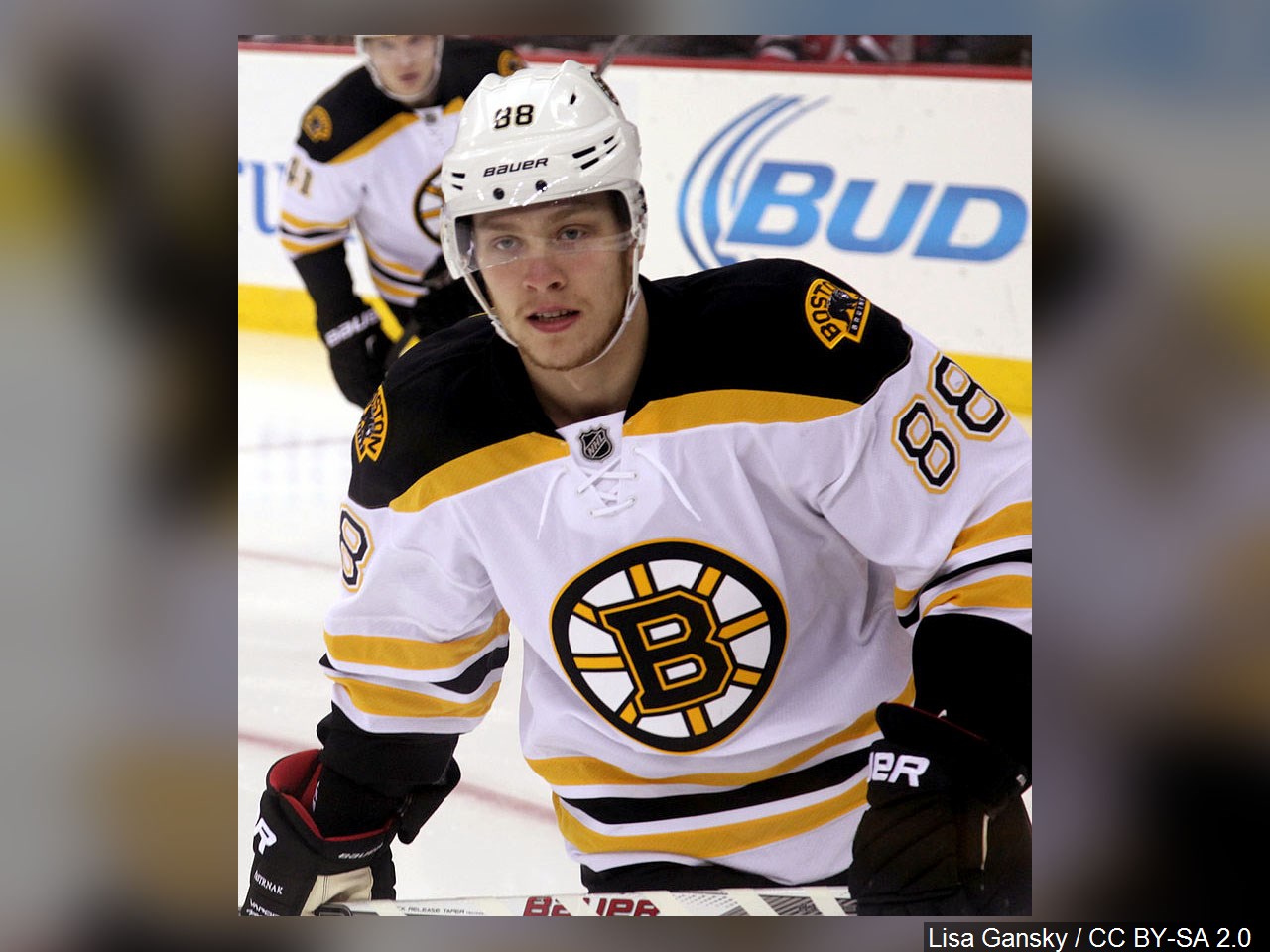 The Bruins fell to the Florida Panthers on Tuesday night for their fourth straight loss of the season. Tied at four goals a piece at the end of regulation and overtime, the Bruins were able to get a point out of the game as they lost to the Panthers in a shootout.

The B’s controlled the second period as they netted all four goals following a scoreless first period. Leading goal scorer David Pastrnak started the scoring sequence for the Bruins as he carried the puck from the blue line all the way to the right faceoff circle to beat Sergei Bobrovsky with a shot that flew past his right blocker. Pastrnak’s goal came from a strong defensive play from Patrice Bergeron who dispossessed Florida’s Evgenii Dadonov in the defensive zone.

After a physical battle near the Bruins bench, Charlie Coyle slotted the puck to Joakim Nordstrom. Nordstrom skated by a falling Mark Pysyk which allowed him the time and space to beat Bobrovksy for the B’s second goal in under three minutes.

Late in the second period, the Bruins scored their third off of a power play goal from Anders Bjork. David Krejci played the puck across the ice to Bjork whose shot received two lucky deflections to help the puck to the back of the net — the first deflection hitting Bobrovsky’s left pad which caused the second deflection off the crossbar and into goal.

Captain Zdeno Chara closed out the second period for the Bruins by scoring with 29 seconds remaining in the period. After a flurry of action in front of the Panthers’ net, Chara was able to put away the rebound from Krejci’s shot from the backdoor.

The third period was a completely different story for the B’s as the Panthers carved away at the four goal deficit after making a goaltending change and putting in Sam Montembeault. Less than a minute into the third period, Aaron Ekblad beat Rask on a one-timer after receiving a pass from Keith Yandle at the point.

Following Ekblad’s goal, the Panthers received two power plays within five minutes and capitalized on both. The first power play goal came from Frank Vatrano who sniped the puck past Rask off of a one-timer from Jonathan Huberdeau. Mike Hoffman added to the power play goal tally less than five minutes later. Hoffman tapped the puck in off of a backhand pass from Huberdeau and brought the Panthers within one.

With less than two minute remaining in the game, Keith Yandle scooped up a loose puck from the front of the net and beat Rask through the traffic that was building around the crease. Yandle’s goal leveled the scoreline and forced the teams to head to overtime.

After a scoreless overtime, the teams headed to a shootout. Charlie Coyle was the only Bruin to beat Montembeault in the shootout. Vincent Trocheck and Mike Hoffman were the only Panthers to beat Rask one-on-one thus securing the win for Florida.

Despite their four game losing streak, the Bruins still remain at the top of the Atlantic Division. The Bruins travel to Toronto to faceoff against the Maple Leafs in another Atlantic Division matchup on Friday at 7:00 P.M.