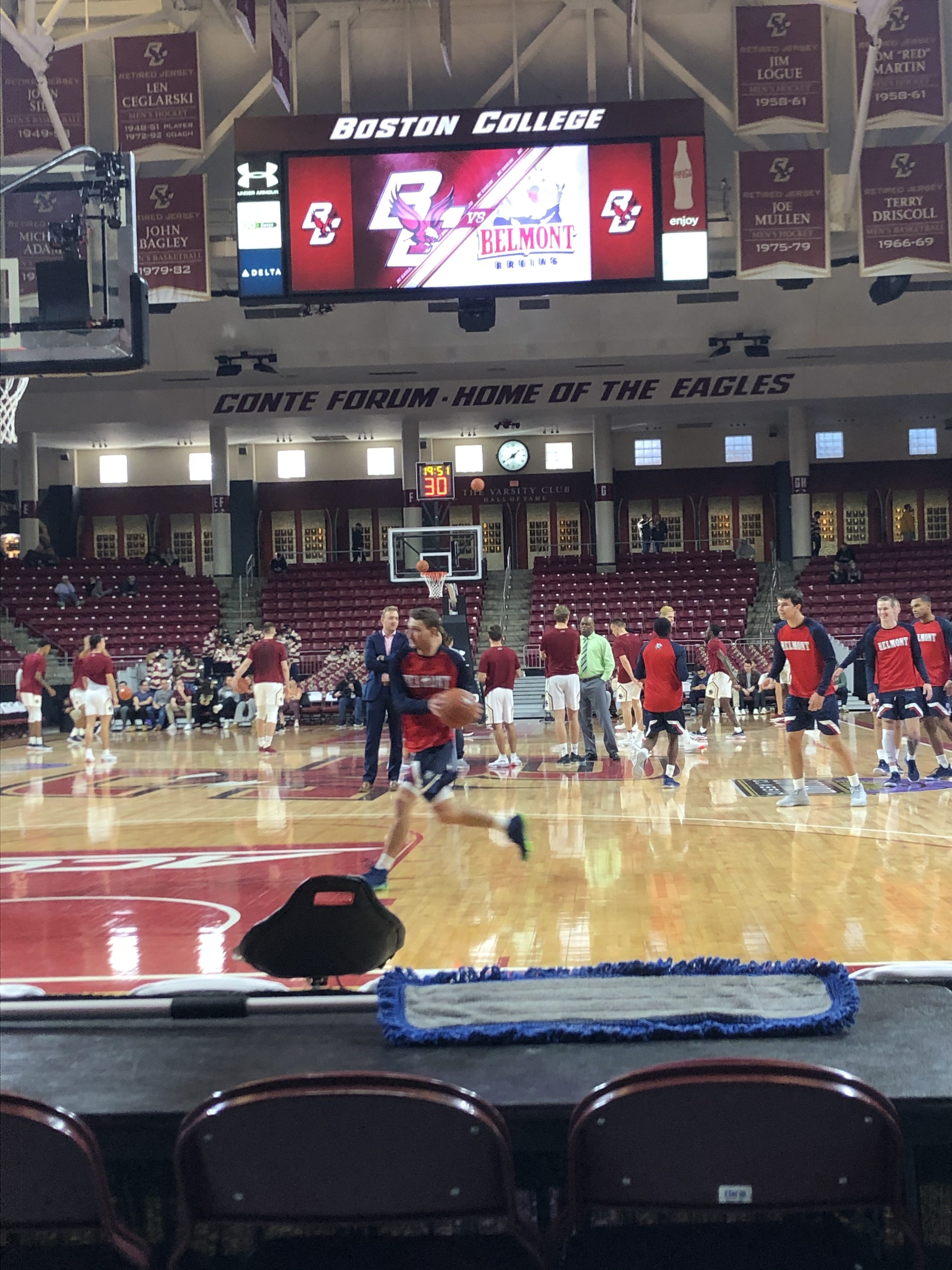 Boston College men’s basketball suffered their first loss of the season to Belmont University after being outscored 51-40 in the second half.

The Eagles came into the matchup with a 3-0 record and carried that momentum into the first half against the Bears. The Eagles shot 61 percent from the field and scored 45 points in the first half.

Derryck Thornton, Boston College’s leading scorer on the season, briefly left the game after a leg injury. He returned to the game shortly after, and he scored 15 points and totaled seven assists.

Despite the hot start by the Eagles, Boston College trailed by four going into halftime. Center Nik Popovic starred for the Eagles in the first period, scoring 16 points and totaling four rebounds. Belmont Guard Adam Kunkel scored 14 in the first half for Belmont.

Belmont continued their hot shooting in the second half. Seven minutes into the half, the Bears increased their lead to 20.

The team’s lack of composure stood out to head coach Jim Christian. Christian said, “I don’t think we stay composed at all. I think that starts with our older guys. That’s their job, and I thought they were the ones that were not composed.”

Belmont maintained this lead thanks to a 21-point half from Kunkel and three other Bears who totaled double-digit points in the game. The Eagles went on a late run to make their deficit just 15, and the game ended with a score of 100-85.

Christian said he is not satisfied with the team’s performance.

The Eagles started the season 3-0 before Saturday’s loss, and this included a win over Atlantic Coast Conference opponent Wake Forest University. Christian noticed a significant drop off in the team’s level of play.

“Everything that we’ve emphasized and been pretty good at, we didn’t do today,” Christian said.

Belmont shot 58 percent from three-point range and outrebounded the Eagles by 14. This included 12 offensive rebounds by the Bears, while the Eagles totaled just three.

The Eagles play their next game on Wednesday Nov. 20 against Eastern Washington University.