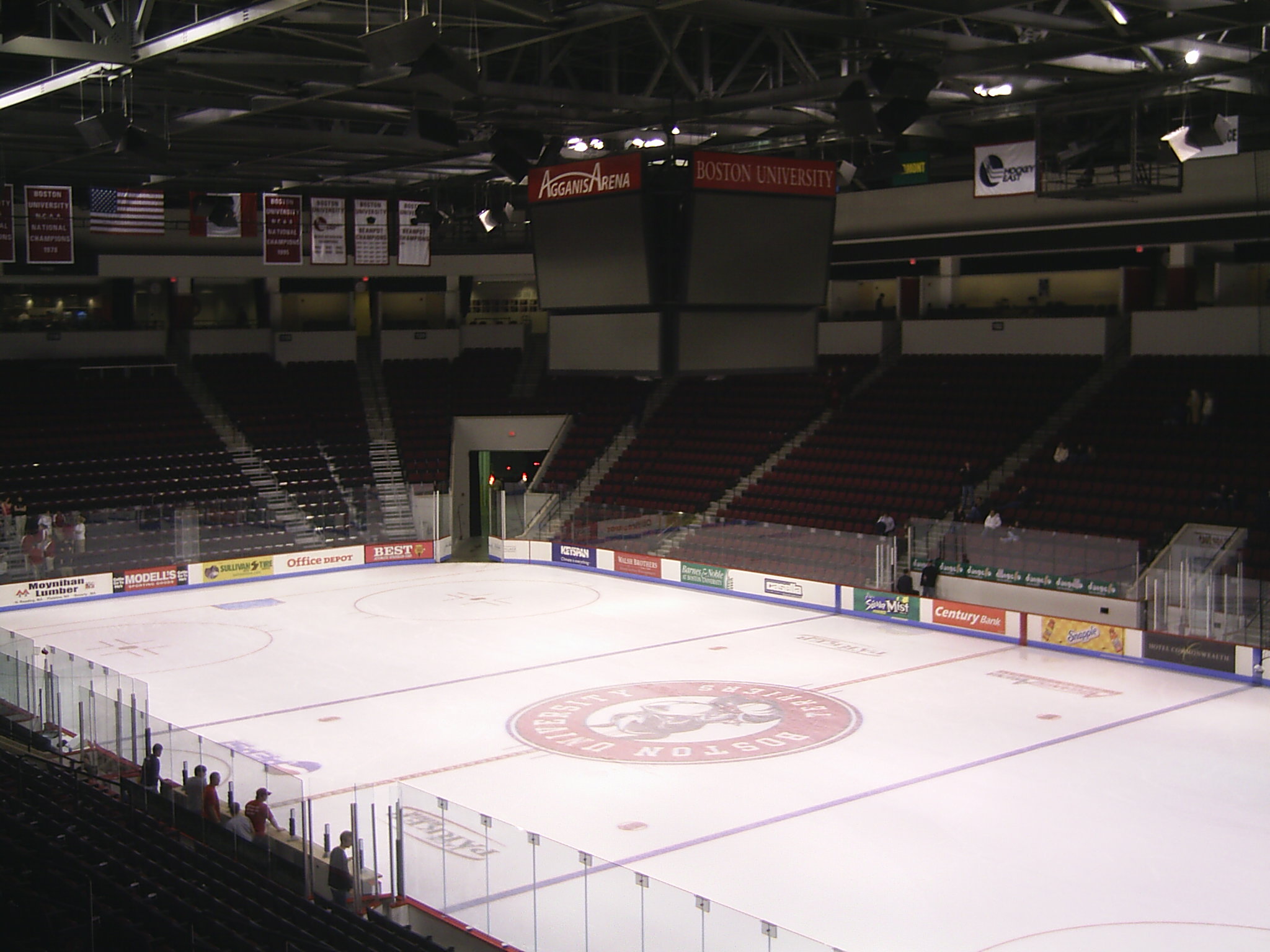 The unranked Boston University Terriers were able to hold off the #5 ranked UMass Minutemen last night at home to secure a 4-3 win. Veteran goalie Sam Tucker led the way for the Terriers, making a career high 49 saves.

The Minutemen came out fired up, holding possession for most of the first five minutes. The tables turned for the Terriers around the eight minute mark of the first period when sophomore forward Matthew Quercia found Matt Murray’s five-hole, scoring his first of the season.

The Terriers started the second period with a bang. Senior forward Patrick Curry found the back of the net just three minutes in. UMass head coach Greg Carvel decided to pull Matt Murray and substitute sophomore goalie Filip Lindberg. In his four games played this season, Lindberg has averaged 2.01 goals-against and has a save percentage of .917. The goalie change did not help the Minutemen, as senior forward Gabriel Chabot came up clutch with a goal just minutes later, pushing the Terrier’s lead to 3-0.

Late in the second period, BU’s Sam Tucker came through with a key save, his 37th of the game, on a UMass breakaway. The physicality of the game intensified, when BU’s David Farrance cross-checked left-winger Bobby Trivigno into the boards, earning himself two in the sin bin. However, this did not stop Farrance; minutes after his release, the junior defenseman netted his 9th goal of the season.

Farrance has come up huge for BU this season, leading all Division I players in power-play goals (6) and ranking first in the nation for defenders in both points (15) and goals (9). Senior forward Patrick Harper also contributed two assists for the Terriers.

By the end of the second period, the Minutemen looked gassed. They had 38 shots on goal and nothing to show for it. However, less than a minute into the third period, freshman defender Gianfranco Cassaro netted his first collegiate goal and put UMass on the board. At 4:08, junior forward Oliver Chau added another goal for the Minutemen, cutting their deficit in half. With 11 minutes left in the third, UMass missed a front door chance off a breakaway, yet capitalized on a corner slap shot seconds later from freshman defender Zac Jones.

The Terrier crowd grew silent. BU struggled to possess the puck until a lazy mistake by UMass allowed for a breakaway. Filip Lindberg delivered a huge save for the Minutemen with less than three minutes left, not only keeping their hopes alive but also giving UMass another chance for redemption. Though out-shooting the Terriers 52-22, UMass could not net another goal to tie the game.

After their 4-3 win, BU coach Albie O’Connell praised the Minutemen, stating, “UMass played a really good game. The difference in the game obviously was [Sam] Tucker. We defended our net well. We did a really good job of blocking out. Sometimes your goaltender needs to be your best player.”

UMass coach Greg Carvel also credits BU’s Sam Tucker despite their frustrating loss, “I thought we played well. We got beat by the BU goaltender. We came into the third thinking we could come back. It was the most dominating as we have been at UMass. We had three before the 10-minute mark and had more chances but couldn’t find a way. It was a good test of what we’re made of. We just have to do it faster and harder.”

The Terriers (3-3-4) travel to UMass Amherst for another round against the Minutemen (6-3-0) on Saturday.