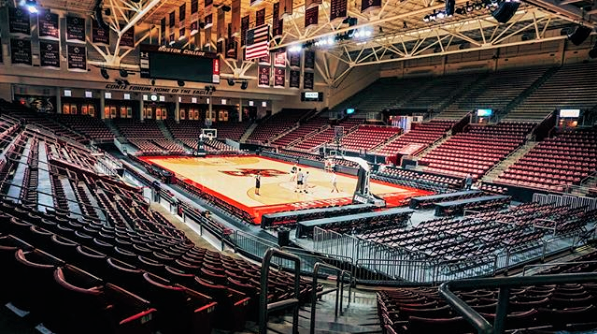 Boston College hosted Northwestern University at the Conte Forum for a Big 10-ACC matchup. The game was off to a competitive start but the Eagles were not able to keep up in the long run. The Wildcats picked up their 4th win of the season with a final score of 82-64.

Northwestern was led on the scoreboard by their young players. Sophomore Miller Kopp and freshman Boo Buie each scored 20 points. Ryan Young also chimed in with 12 points.

Jarius Hamilton had 12 points for the Eagles, three of them from a shot behind the arc that put the Eagles ahead 18-15 early in the first half. Their lead was short-lived as the Wildcats went on a 16-0 run to go ahead 35-20 with 4 minutes left in the half. Pete Nance contributed in these key minutes for Northwestern by knocking down a pair of 3-pointers.

The Eagles were able to make a small dent in the damage and go into halftime trailing by 10 with a score of 37-27.

Northwestern set the tone early in the second half by increasing their lead to 60-42 with 11 minutes remaining. The Wildcats took advantage of open looks and shot 45 percent (9/20) from behind the arc.

Boston College could not close the double-digit deficit for the rest of the game. The Eagles struggled against the boards, coming away with 21 rebounds while letting the Wildcats pull down 38.

Derryck Thorton tagged on 11 points for the Eagles, followed by freshman Jay Heath with 10 points.

In the final minutes, the crowd was revived when Northwestern’s Pat Spencer capitalized on a steal and went up for a breakaway slam dunk. The unexpected happened when the ball bounced off the rim, high above the action and Spencer fell on his back, untouched.

Northwestern will carry this win on their back as they head back to conference play against Purdue for a Big 10 rivalry on Sunday.

Boston College will look to break their 4-game losing streak on Saturday when the team travels to Notre Dame to face the Fighting Irish.