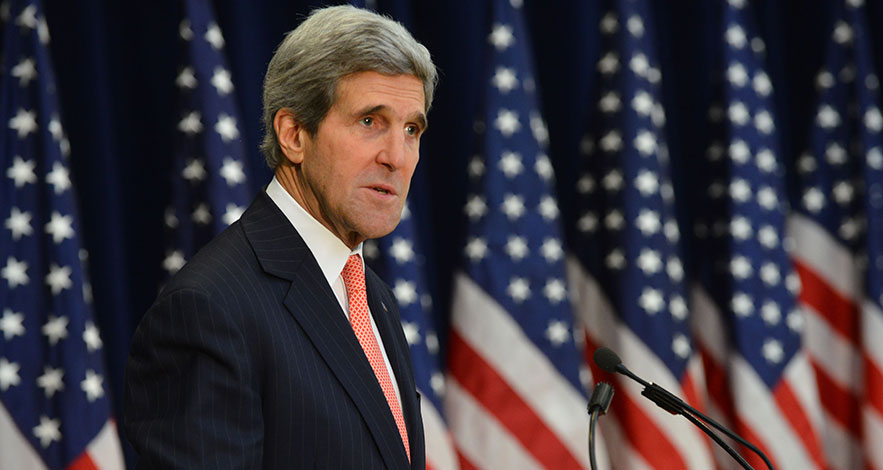 Kerry praised the former vice president in a statement released by the Biden campaign.

“I believe Joe Biden is the president our country desperately needs right now, not because I’ve known Joe so long, but because I know Joe so well,” Kerry said. “I’ve never before seen the world more in need of someone who on Day One can begin the incredibly hard work of putting back together the world Donald Trump has smashed apart.”

In addition to serving as a senator in Massachusetts, Kerry also secured the Democratic nomination against George W. Bush in 2004, and served as Secretary of State. The endorsement is the fourth among cabinet members from the Obama administration.

“Joe will defeat Donald Trump next November,” Kerry said. “He’s the candidate with the wisdom and standing to fix what Trump has broken, to restore our place in the world, and improve the lives of working people here at home.”

Kerry will join Biden on his “no malarkey” tour in Iowa this month.