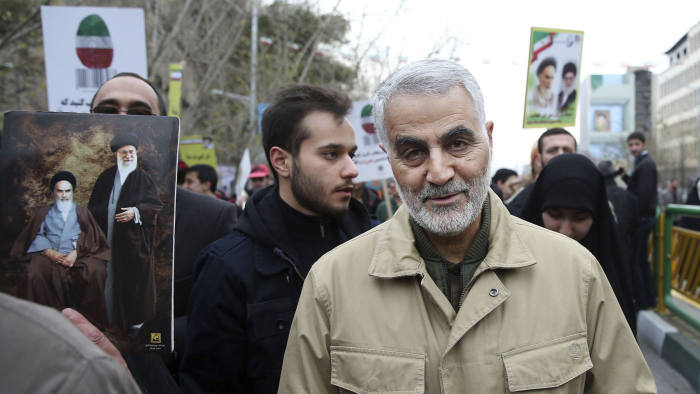 Soleimani was the head of Iran’s elite Quds military force, and one of the most powerful leading officials in the Islamic Republic.

Reaction from lawmakers in Washington were split along party lines. Republicans continued to side with Trump’s action while Democrats warn about the possible repercussions from Iran.

Former CIA Official, Marc Polymeropoulos, said that Americans need to be prepared for “a long bloody and messy war” where the U.S. could become immersed in a “long Middle East conflict.”

Polymeropoulos also stated that “there is no question the strike was justified given that Soleimani had “the blood of hundreds of Americans on his hands.”

The general’s prominent role means his death could influence countries across the Middle East where Iran and the United States compete for influence.

The State Department issued a security alert overnight telling all Americans in Iraq to leave the country immediately and that no U.S. citizens should approach the Embassy.

Iran named Soleimani’s replacement, Major General Esmail Ghaani. According to the supreme leader of Iran, Ayatollah Ali Khamenei’s statement, the Quds Force strategy under Ghaani “will be identical to that during the time of Martyr General Soleimani.”

There are over 9,000 U.S. forces in the region as of Thursday night, with 3,000 more ready to deploy. According to CBS news, the troops are on high alert and preparing for possible retaliation.