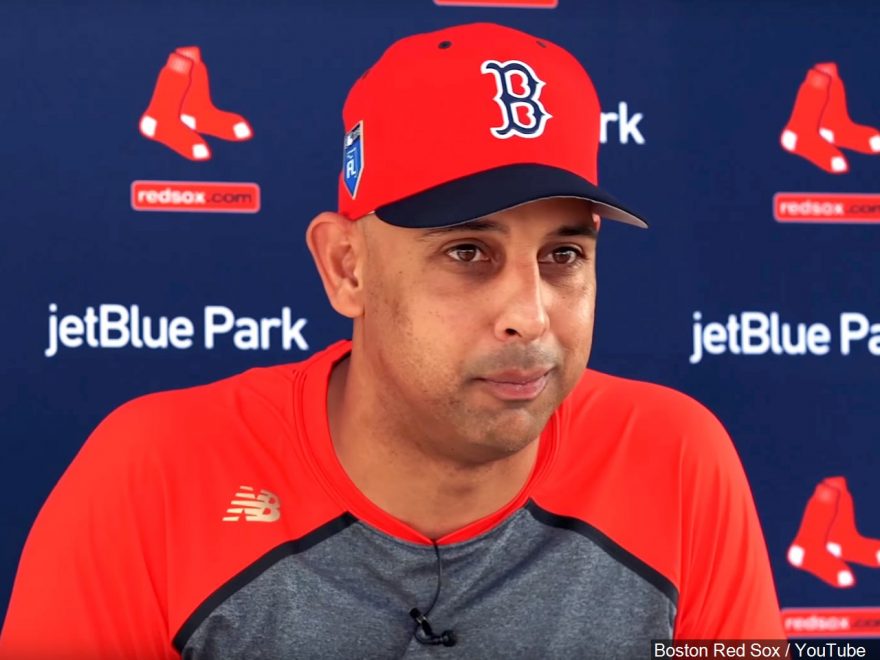 “Today we met to discuss the Commissioner’s report related to the Houston Astros investigation. Given the findings and the Commissioner’s ruling, we collectively decided that it would not be possible for Alex to effectively lead the club going forward and we mutually agreed to part ways.”

“This is a sad day for us. Alex is a special person and beloved member of the Red Sox. We are grateful for his impact on our franchise. We will miss his passion, his energy, and his significant contributions to the  communities of New England and Puerto Rico.”

“I want to thank John, Tom, Sam, the players, our coaching staff, and the entire Red Sox organization. I especially want to thank my family for their love and support.”

“We agreed today that parting ways was the best thing for the organization. I do not want to be a distraction to the Red Sox as they move forward. My two years as manager were the best years of my life. It was an honor to manage these teams and help bring a World Series Championship back to Boston. I will forever be indebted to the organization and the fans who supported me as a player, a manger, and in my efforts to help Puerto Rico. This is a special place. There is nothing like it in all of baseball, and I will miss it dearly.”

The move comes after Cora was named in MLB Commissioner Rob Manfred’s report on the Astros sign-stealing scandal from 2017, when Cora was the bench coach. The report described Cora as being “involved in developing both the banging scheme and utilizing the replay review room to decode and transmit signs. Cora participated in both schemes, and through his active participation, implicitly condoned the players’ conduct.”

Cora is still awaiting discipline for his role in the Astros 2017 scandal as well as the Red Sox 2018 sign-stealing scandal. Astros manager AJ Hinch was suspended for one year and it was widely expected that Cora’s suspension would be longer.

Cora managed the Red Sox for two seasons including during the 2018 season in which the Red Sox won the World Series.

The Red Sox will hold a press conference tomorrow at one o’clock at Fenway Park. At this time, it is unclear who will manage the Red Sox in 2020.