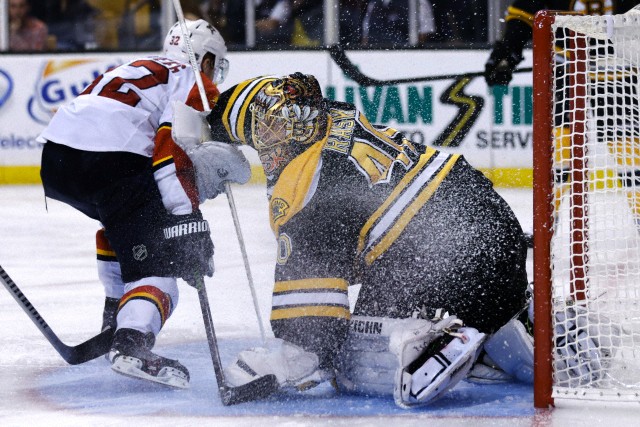 After the home-and-home series between the Boston Bruins and Pittsburgh Penguins, the B’s
came out with one win and one loss.

On Thursday night, the Bruins came out with a 4-1 win against the Penguins. Jaroslav Halak
stepped in for injured Tuukka Rask and had a strong performance, posting a 96.7 save
percentage on 30 shots faced.

After Sidney Crosby knocked an early goal with less than 30 seconds gone by in the first period,
the B’s scored four unanswered goals. The Bruins’ offense responded by having themselves a
field day with seven different players getting on the scoresheet.

Sean Kurlay started the comeback for the Bruins as he ripped a shot from the top of the left
faceoff shoulder and beat Tristan Jarry stick side. Par Lindholm also got on the scoresheet in
the first period after putting away a deep pass from Karson Kuhlman.

After a scoreless second period, the B’s did not let up as they continued to control the game. At
16:41 of the third period, David Pastrnak found Patrice Bergeron across the ice. Bergeron fired
a shot from the top of the right faceoff circle and beat Jarry over his glove.

The B’s finished off the game when Brad Marchand scored an empty net goal off a pass from
Pastrnak.

Following their win against the Penguins, the Bruins placed Forward David Backes on waivers
the next day.

The B’s then traveled to Pittsburgh to battle the Pens again on Sunday where they faced a
different result.

The Bruins started out the game strong, as Bergeron scored only 11 seconds in. After winning
the faceoff, the B’s controlled the puck and Brandon Carlo was able to find Pastrnak out wide.
Pastrnak slotted the puck across-ice to Bergeron who beat Matt Murray five-hole.

Less than two minutes later Anders Bjork scored on a 3-on-2 break with Charlie Coyle and Jake
DeBrusk. Debrusk carried the puck into the zone and found Coyle out wide who passed it to
Bjork who secured the two goal lead.

With less than five minutes remaining in the first period, Torey Krug played Marchand a pass
right outside the offensive zone. Marchand found Pastrnak who danced around the net until he
found enough space to slot the puck past Matt Murray.

The rest of the game was all Pittsburgh, as they scored four unanswered goals, including one
before the end of the first period and one on the power play.