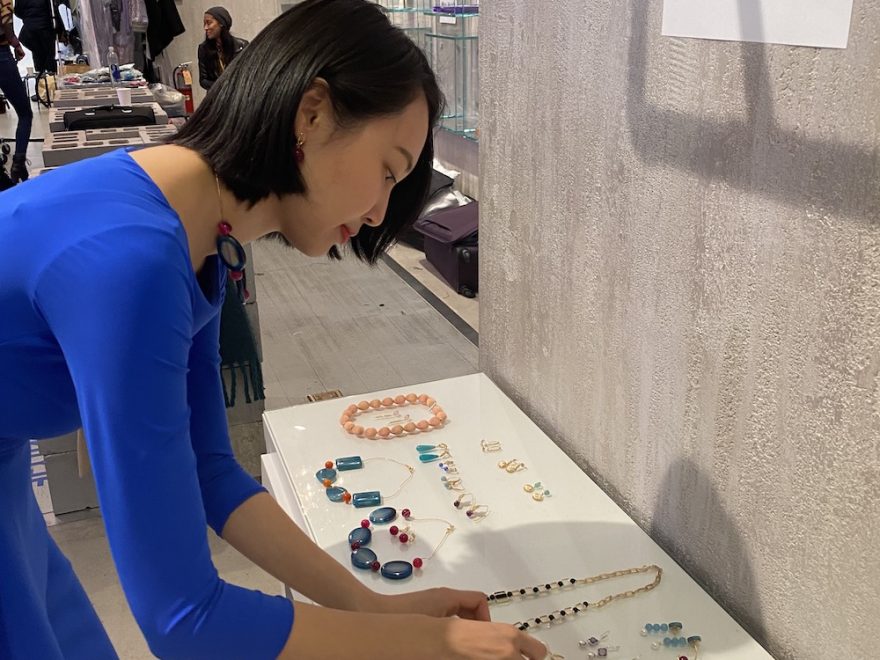 New York Fashion Week is where many collections from around the world make their debut. The semi-annual series of events highlight the trendiest looks of the season and present designers at a global level.

Even though most people typically associate dresses, suits, tops, bottoms or shoes as the staples in a runway show, jewelry is just as important. Necklaces, earrings and bracelets all help embellish the overall appearance of the models and really sell the aesthetic the designer creates. Among all the designers WEBN has interviewed, several of them specifically work with jewelry and accessories pieces.

Christine Joy Studio is a California based studio that designs handcrafted everyday jewelry with gemstones. Earrings and other jewelry pieces from the most recent collection were featured in the Flying Solo New York Fashion Show on models who wore outfits from other independent designers. Entrepreneur and independent designer Christine Joy started the brand last year in an attempt to “fill the gap in the market by offering something unique and spiritual for everyday wear.”

Joy started jewelry design when she studied the field more in-depth as a student in Paris. The idea of meditation and crystals heavily influence the aesthetic and themes within the designer’s brand. Joy’s appreciation eventually inspired her to create her very first pair of earrings, which were turquoise gemstones. She wanted to have the crystals on her so much that she ended up launching an entire business dedicated to bringing people a spark of joy.

“So this is my first time doing New York Fashion Week, and I’m here to work with other women’s wear brands. So I’m collaborating with five, including couture and ready-to-wear. So we have 30 runway looks ready,” Joy explained at the Flying Solo retail location.

NadineByNadia is another brand who made a first-time appearance at this year’s New York Fashion Week. Nadia Kuznetsova is the jewelry designer behind the edgy, chic and versatile line. She says her eccentric pieces bring a new twist to what most people would call “class jewelry.” 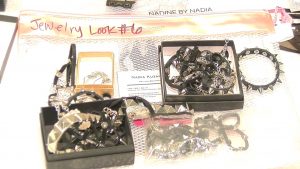 Instead of white pearls and delicate diamonds, this designer infuses rock n’ roll, punk and a bit of rebellion into her own classic style.

“It’s kind of an edgy glamour look, inspired by fashion from the 70s, 80s even 60s. It’s mixed into unstigmatizing the whole spiked leather jewelry to make it look elegant. You can be elegant chic at the same time, and it’s versatile,” explained Kuznetsova at the Oxford Fashion Studio Show during NYFW.

The designer says her pieces can go from a necklace to a headpiece in just seconds. And now she’s excited to explore new ideas.

“I would love to do styling. I’d love to style like magazine shoots or anything of that sort… But mostly get exposure and get my brand out there and build moving forward,” Kuznetsova shared.

Other popular jewelry designers who were part of New York Fashion were Sakura and Angela Clark. Sakura is the founder and creative director of MIDORI LINEA and Angela Clark is the creator behind the sustainable luxury brand of the same name in Melbourne, Australia.

From one line centered on bright-colored gemstones and elegant pieces to a designer who redefines the idea of classy jewelry, New York Fashion Week shined even brighter thanks to these lines.