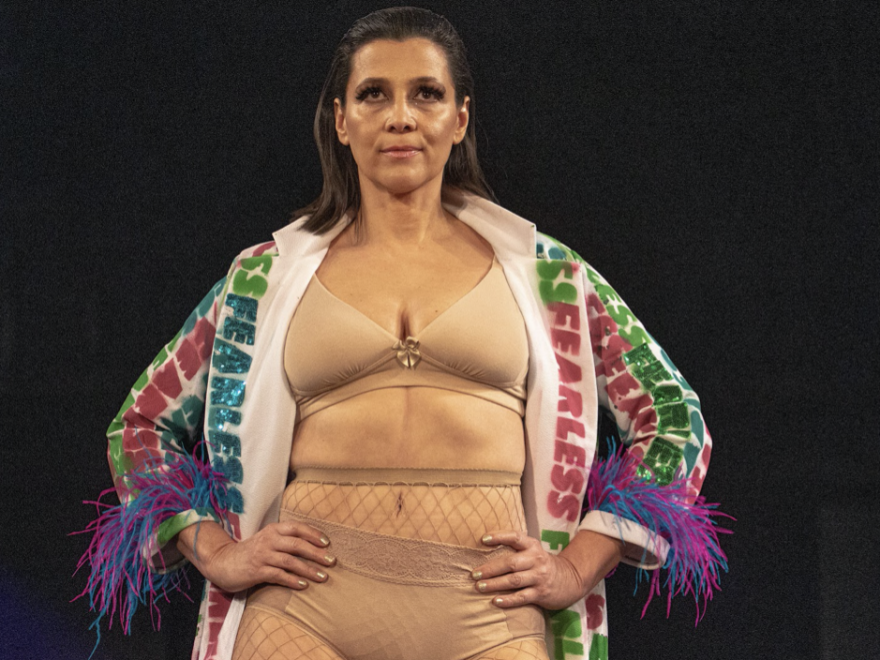 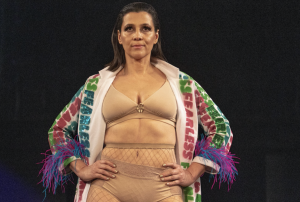 AnaOno is more than a lingerie and loungewear company, they are about empowering women who have undergone a mastectomy. The event “fearLESS” is named after the woman and men, who are all breast cancer survivors.

Over 600 people packed into the Angel Orensanz Foundation to support Metavivor, a non profit raising awareness for breast cancer and providing patient support; to watch breast cancer survivors strut down the runway embracing their bodies after diagnosis and treatment. 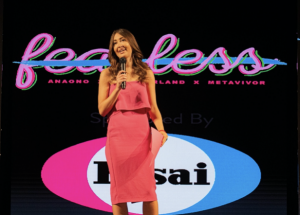 The show began with a number of guest speakers who courageously shared their cancer stories with the audience. The speakers ranged from Paige More, a previvor who at 24-years-old who underwent a bilateral mastectomy because she had an 84% chance of being diagnosed with breast cancer later on to Shay Sharpe, a 2 time breast cancer survivor currently undergoing chemotherapy. Their stories inspired the audience as well as informed them about the deadly disease.

Dana Donofree, the CEO and founder of AnaOno is a breast cancer survivor herself, told us the importance of this event for her. Dana said,  “We all need to be there together as a community.” That is exactly what this event does. It brings together survivors and fashion lovers as they celebrate the woman strutting down the runway.

When it was time for the models to take the runway the crowd was clapping and cheering as the woman showed off their true, authentic selves. Dana says, “Cancer doesn’t discriminate and we don’t either.” Some bearing it all to show that cancer didn’t take their strength and courage from them, but made them even stronger.

The show was unlike any other event at New York Fashion Week. You were encouraged to cheer and clap as every model took the runway. Plus it was the only show where all the models were breast cancer survivors. Dana says, “Every patient model here just got so strong and gorgeous and that’s what we hope to do.”