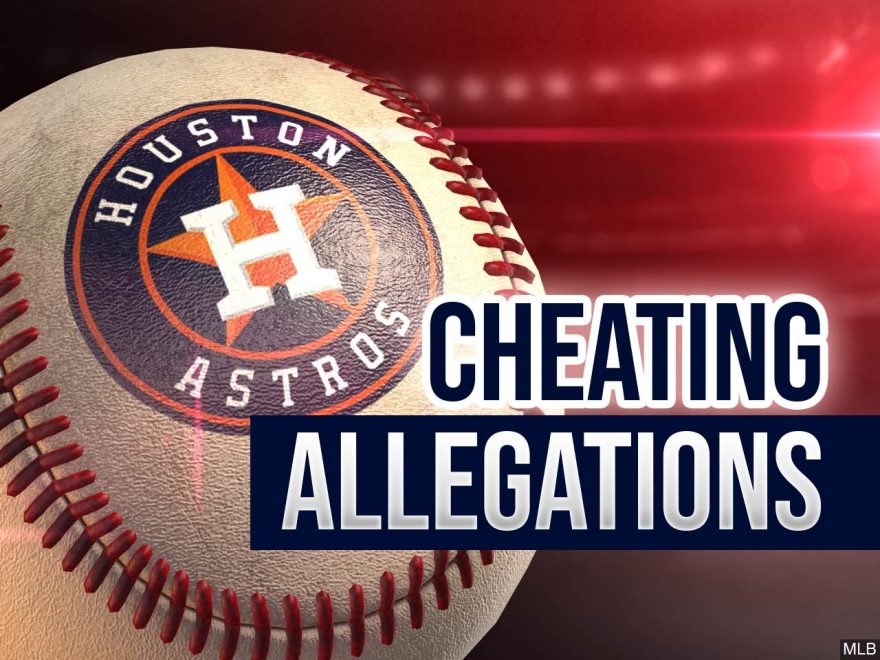 The Houston Astros organization came forward with an apology on Thursday regarding their 2017 and 2018 sign-stealing scandal. Despite their apology, critics of the team and the MLB came forward to voice their frustration with the situation.

The apology was more about starting over and leaving the scandal in the past along with the comments from critics about loose punishments the Astros faced. Last month, the league suspended manager A.J. Hinch and General Manager Jeff Luhnow for the 2020 season for failing to stop the sign-stealing. the Astros later fired Hinch and Luhnow.

The team also lost their first and second round draft picks for the next two years and faced a five million dollar fine.

Astros owner, Jim Crane, said during a press conference during the team’s spring training in Florida, “the only thing we can do is sit here and say we’re sorry, we’re going to move forward in a positive way”.

Altuve talked about the guilt that he and the organization felt over the scandal, “we especially feel remorse for the impact on our fans and the game of baseball, and our team is determined to move forward, to play with intensity and to bring back a championship to Houston”.

Critics such as Sports Illustrated’s Jimmy Traina were of those who did not buy the apology. “Crane insulted everyone by saying his team cheated but it didn’t help and Altuve and Bregman read prepared statements like robots for about 30 seconds”, Traina said.

Along with Traina, ESPN’s Joon Lee said, “Today made everything significantly worse for Houston, and added even more fuel to the fire”.

Spring training was the first time the team came together since the scandal became public on Nov. 12, 2019.