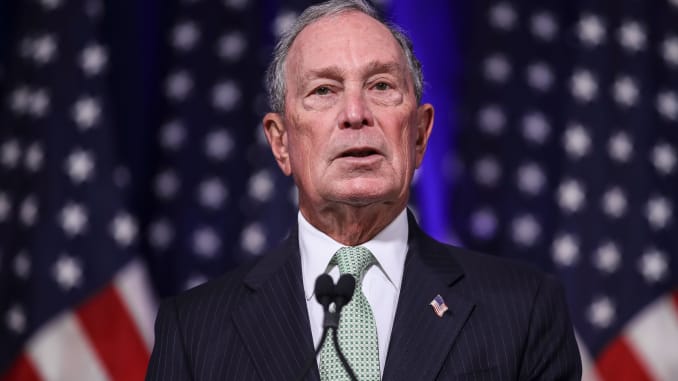 Michael Bloomberg has qualified for Wednesday’s Democratic presidential debate in Las Vegas due to a last minute poll. This will be the first time he will face his rivals on the debate stage.

The Democratic National Committee recently changed its rules for how candidates qualify for the debate. Candidates were previously required to receive a certain number of campaign contributions to qualify, but Bloomberg, who is worth an estimated $60 billion, is not taking donations. This new rule opened the door for Bloomberg allowing him to stand on stage with the other candidates in this upcoming debate.

Bloomberg has barely crossed paths with his fellow Democratic candidates. He decided to skip the first four voting states of Iowa, New Hampshire, Nevada and South Carolina in favor of focusing on the 14 states that are set to vote on March 3.  And Bloomberg has yet to face any of the other candidates in a debate setting.

Bloomberg has supported his campaign so far through paid television ads. He has spent more than $300 million on television advertising, as a “way to define himself for voters without facing criticism.”

This upcoming debate, however, will allow voters on the campaign trail to delve deeper and seriously question Bloomberg for the first time. Bloomberg has been previously under intense scrutiny for defending the stop-and-frisking policing tactic which was deemed as controversial. And he has also faced allegations of discrimination against women in the workplace. This upcoming debate will be the first significant campaign test for Bloomberg as he must confront the public and his rivals.