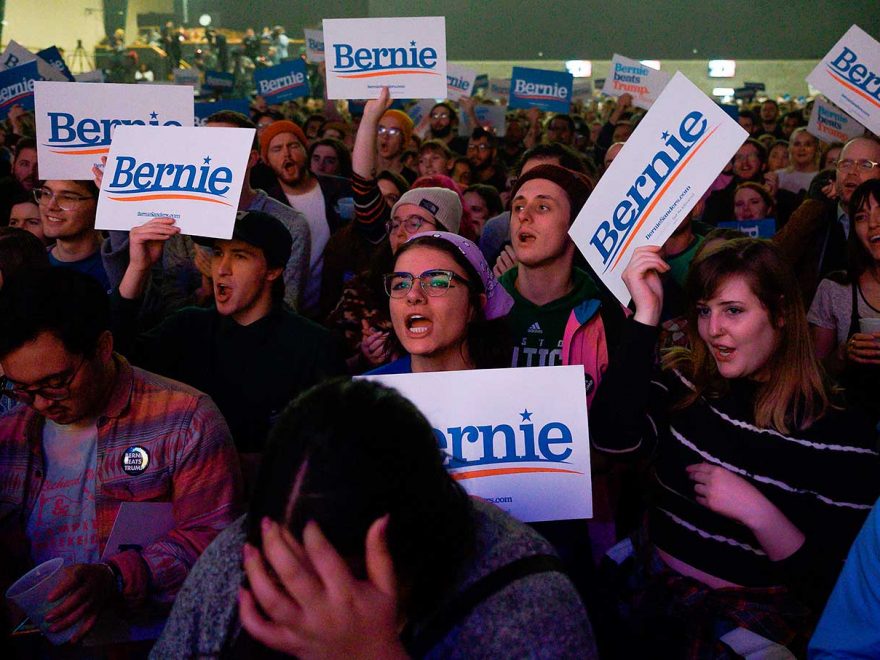 Sen. Bernie Sanders is an indisputable front-runner after his win in the Nevada caucuses, but his growing emergence fuels angst among Democratic moderates.

The growing fears of non-Bernie supporters in the Democratic party result around Sander’s democratic socialism and embrace of Medicare for All. After a virtual tie for first place in Iowa against former South Bend, Ind. Mayor Peter Buttigieg and a first place win in New Hampshire followed by his victory in Nevada, Sanders triggered apprehension among moderates as he now leads as the race’s front-runner.

Warnings surround Sanders and his presidential campaign, claiming that the party faces “too big a risk.” According to CBS News and YouGov polls released on Sunday, Sanders has a solid lead nationally and is closing the gap on former vice president Joe Biden in South Carolina, just in time for the next contest on Saturday.

These polls show Sanders with 28 percent nationwide, followed by Massachusetts Sen. Elizabeth Warren with 19 percent, Biden with 13 percent, and Buttigieg with 10 percent.

Asked if having Sanders as the party’s nominee in November put the Democrat’s House majority in danger, a key lawmaker said Sunday “a lot of people think so.”

After South Carolina votes, the presidential race continues to 14 states on Super Tuesday, March 3. These contests will allocate a third of all the convention delegates, meaning that Sanders is predicted to amass a sizable lead in the race.