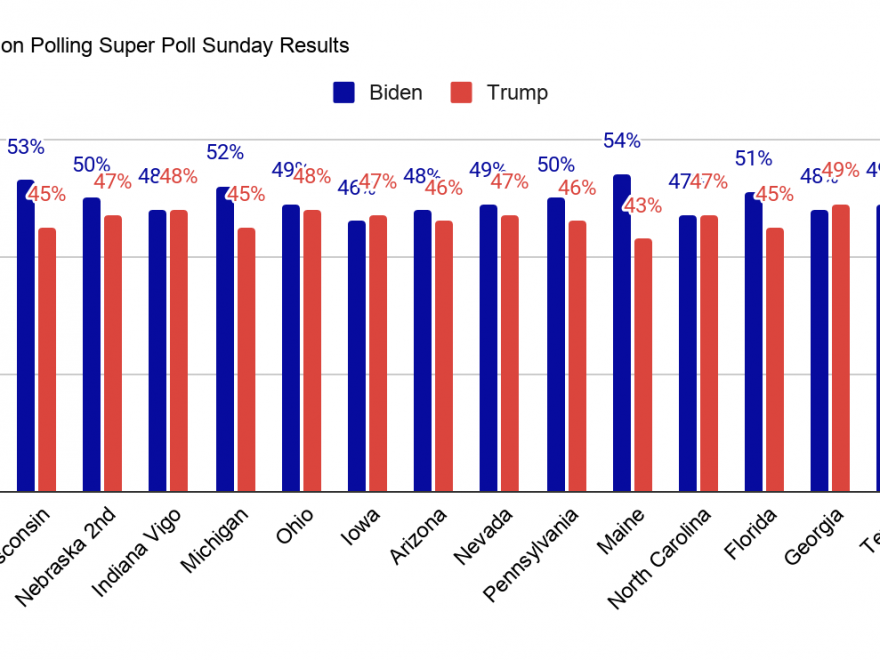 Super Poll Sunday was held by Emerson Polling on Nov. 1. The event released polls of 14 battleground states for the last time before the end of this election cycle. President Donald Trump dominated these decisive states in 2016, but pollsters are noticing a shift to blue, especially in Midwestern swing states.

Biden is ahead in Wisconsin and Michigan by 7-8%, states where Trump had a tight win in 2016 by less than 1% margins. According to Emerson Polling director Spencer Kimball, these results reflect the shift of support from old white men to Biden, a demographic formerly associated with Trump.

In Florida, Biden leads by 6%. This state that fills 29 electoral votes is a traditional toss-up that has decided multiple elections, but this year the polls do not find the competition there as tight as other toss-up states. Other Southern battlegrounds show a narrow margin of 1% or no margin at all, as it is the case of North Carolina and Texas.

Texas is a traditionally red state found split by the latest polls. Kimball explains that the state has gained over 3 million new voters this election cycle, most of which are disproportionately Latino, a change that has put in question which party the 38 electoral votes will count for.

Biden’s few comfortable leads are not enough to unmistakably predict the election results. Out of the 14, 8 of the battleground states are toss-ups. This translates into a combination of possible outcomes that will only be confirmed after all the ballots are counted after Nov. 3, the last day to cast votes.