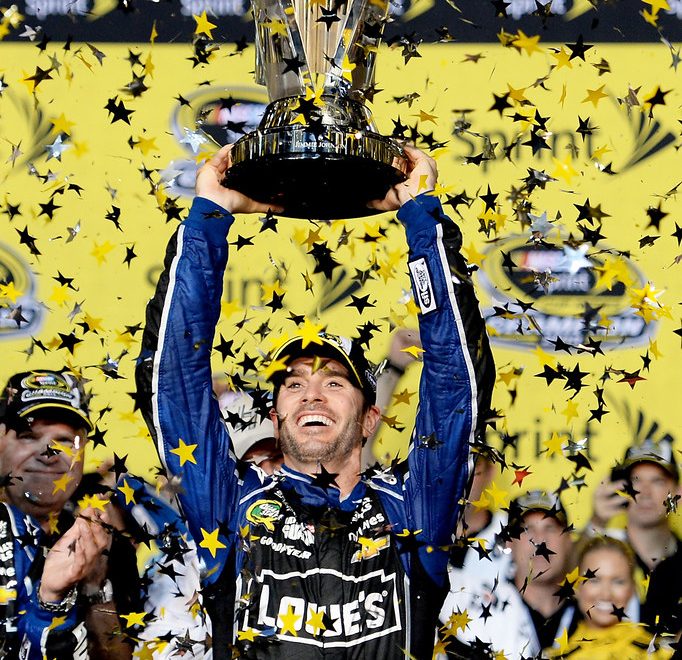 Throughout the history of sports there have been countless rivalries that fans and the media cherish and treasure —Magic vs. Bird, Duke vs.UNC, and Federer vs. Nadal.

The greatest athletes don’t have that true rival. Micheal Jordan never had it. Many tried, but most would stick around for a couple of years and then the next challenger would get their chance. Lebron James’ career is  similar: people want to make Lebron have rivals, but they never belong in his category.

Now let’s take a look at a seven-time champion, who just saw his own career come to an end Nov. 8 in Phoenix, Arizona. That athlete is, of course,  Jimmie Johnson who plans to retire after his last race at the Cup Series Championship saw him place fifth.

With Johnson’s seven championships, he is tied for the Nascar record with Dale Earnhardt and Richard Petty. After his passing in 2001, Earnhardt was no longer a part of the sport and many fans wondered what now? Would his son grab the torch and continue his father’s greatness?

Although Earnhardt Jr. was good, it sure wasn’t him. Instead, it was the kid from El Cajon, California.

Throughout his 19 full time seasons driving the number 48 Chevrolet, Johnson dominated the sport, racking up 83 wins, 374 top 10s, and seven championships. On top of that, of his seven championships, he won five of them consecutively from 2006-10. To add to his countless Nascar accomplishments, he is also the all-time wins leader at Dover, Texas Auto Club and Charlotte speedways.

But it’s not just the accolades that will make Johnson go down as one of the greatest athletes of all time —-it’s the person he is.

Johnson was the first person by Chase Elliot’s side when he won his championship on Nov. 8. He was the first person to celebrate both William Byron and Alex Bowman’s first wins earlier this season as well. These two being his teammates, of course. He was with Bubba Wallace every step of the way during this time for social change.

Ask teammates, media, staff, crews, fans, anyone, really. They never forget the time they meet Jimmie. It’s because as hard as he worked on the race track, he worked just as hard to be a great person.

Nascar is losing a legend, a champion, a pioneer, and most of all, a great person. He never had that rivalry with anyone. Is it because the level of competition was less during his era? No, not at all. It’s simply because he is the gold standard of his era.