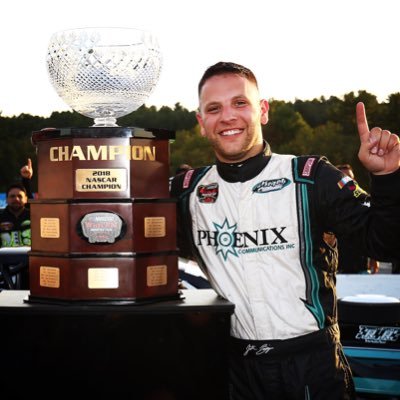 In what has been a wild year for sports around the globe, Nascar’s oldest division was able to salvage their season and safely execute an effective schedule.

The Whelen Modified Tour started in the late 1940’s, and its legacy continues to live on even amidst a global pandemic. I was able to chat with the current champion, Justin Bonsignore, about his journey into racing, his experience racing during a pandemic, and what the future holds for the now two-time champion.

Born and raised on Long Island, New York, Justin was brought up in a family of racers. His parents met racing, his cousins and uncles are racers, it’s almost engraved in his family’s DNA. However, it took him a while to finally operate an open-wheel car, the vehicle used in the current division he drives in.

From his early ages up to about 17 years old, Justin spent his time racing go-karts and idolizing Dale Earnhardt. Both he and his family traveled to go-kart tracks across the country, entering and winning several events.

Shortly after, he then took the jump to race locally at Riverhead Raceway on Long Island. There he rode a Limited Late Model for a year and although Justin was never able to win in this division, he showed success with several top five finishes against some of the biggest names. With this, came his final jump to open-wheel modified cars. Originally driving under his family name, Justin is now a part of Ken Massa Motorsports who he’s been with since the 2010 season.

Like many other athletes around the world, this year looked a lot different for Bonsignore. A shortened season and a long hiatus meant he and his team had to perform at their absolute best week-in and week-out to capture the title.

Bonsignore admitted that after eight months of not racing he was a bit nervous.

“We opened the season up at Jennerstown, a place I’ve never been to before, and I haven’t raced in eight months so I’m a little nervous [and] just hoping I can knock the rust off,” Bonsignore said.

And that he certainly did; winning the pole and leading every lap led him to claim his first victory of the season. Justin would go on to win a total of three races and two poles as well as several top five finishes helping him capture the title.

When I asked Justin about what motivated him to win this championship he immediately mentioned the fans.

“You take the fans for granted a little too much,” he said. “I think this year more than anything I’ve learned to appreciate that side of things no matter if they’re cheering you or booing you; them showing up, spending their hard earned money to watch you race, that now has become a motivating thing for me.”

Justin sure earned plenty of fans this year with his performances on the race track.

Before moving into the future with Justin, we looked back at some of his greatest memories in the sport. He told me his most memorable wins of his career came at the prestigious speedways of both Bristol and New Hampshire because of what the tracks mean for the sport of Nascar.

I also asked if there was a little extra motivation when his good friend and current Nascar Cup Series driver, Ryan Preece, returns to race in his division.

“Deep down in all honesty there probably is [some extra motivation],” Bonsignore admitted, “but it’s more [that] you don’t want him to come back and only do it twice a year and beat you.”

Looking ahead at the future with Bonsignore , he doesn’t see himself committing full time to racing as most of his week is devoted to his full time job as the General Manager of a fiber optics company and spending time with his girlfriend and dog.

In 2021, Justin has keyed in on two major dates: a trip to Richmond Raceway, a major Nascar track which he has never won at before and Martinsville Speedway, where he hopes to win the most memorable trophy in the sport, the coveted Grandfather Clock.

Bonsignore will look to cement his legacy in the sport with a third championship to further edge closer to some of the greats in the sport such as Doug Coby, Mike Stefanik, and Tony Hirschman Jr.