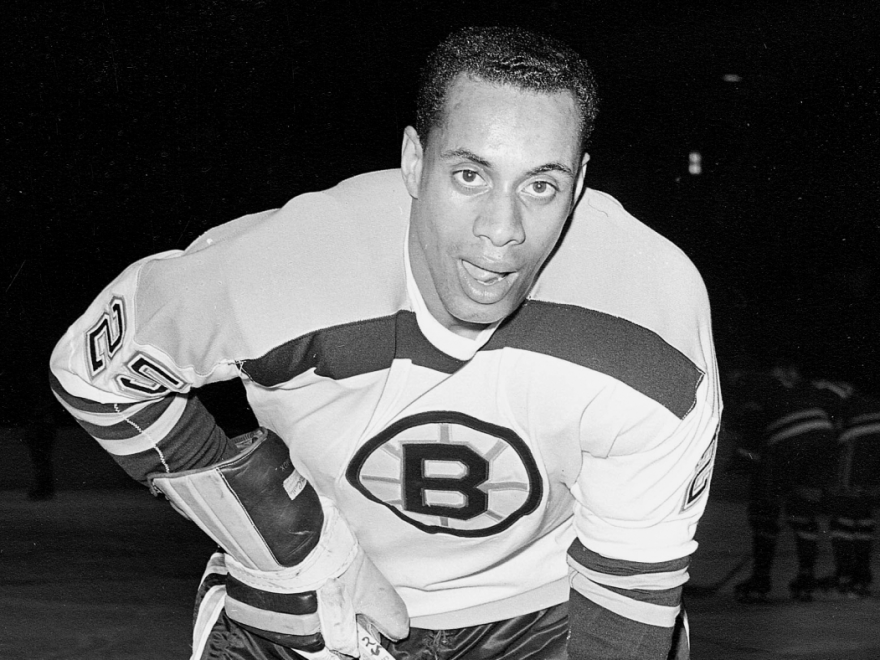 When you analyze the NFL, NBA, or MLB you see a diverse group of athletes but if you take a look at the NHL, the athletes are primarily white.

Willie O’Ree is a pioneer for equality in hockey and the NHL as the first Black player in the league. He now serves as the NHL’s Director of Youth Development and Ambassador for Diversity. O’Ree has fought hard for equality, but players, unfortunately, still experience racism in the league. The NHL attempts to advertise the league as one that values diversity, but the culture of the league does not reflect that.

One controversial incident for the Arizona Coyotes was when they drafted Mitchell Miller in 2020 knowing that he bullied a Black classmate with disabilities. Many fans were troubled by this because the Coyotes did not renounce Miller’s rights until fans brought this issue to light. Other fans disregarded the situation by saying that it was a mistake Miller made as a kid.

Bullying a disabled classmate is not a mistake — it’s a choice.

K’Andre Miller, a defenseman for the New York Rangers was called racial slurs in a Zoom meeting that was intended to introduce him to fans. The meeting was hacked and Miller says it is something he will never forget.

“You can only imagine how it felt to have an organization like the New York Rangers draft me, the hockey player,” Miller Tweeted at the time. “For that one moment in time, I didn’t have to be defined by the color of my skin but rather on my hockey skills, athletic ability and character.”

On the other hand, a positive figure for players of color is Quinton Byfield. Byfield made history in 2020 when he was selected second-overall by the Los Angeles Kings. He is now the highest selected Black player in the NHL.

He serves as a role model for other players of color by showing that his accomplishments are attainable for anyone, regardless of their background. Maybe in the near future, a player of color will be selected first-overall.

I wanted to get the perspective of people of color who are dedicated to this sport, which still has a long way to go. Jordan Dabney, Washington Capital fan and designer for Black Girl Hockey Club said the sport as a whole seems reluctant to expand their audience in similar ways that other leagues have done to grow.

“Their no tolerance rules/”hockey is for everyone” campaign means nothing, if the staff and players don’t believe and support it,” she told me. “The league needs to dedicate time and effort to educate players on things they may know nothing about, but also use their resources/money to help the communities these teams play in and around.”

“Being on the end of similar events, I can say that oftentimes it makes you think a little bit about why stuff like this continues to happen within the hockey community,” he said. “As we continue to grow the game we also continue to grow the number of POC in the game…I see the numbers going up in the future, as we are now growing the game at a faster rate than ever before.”