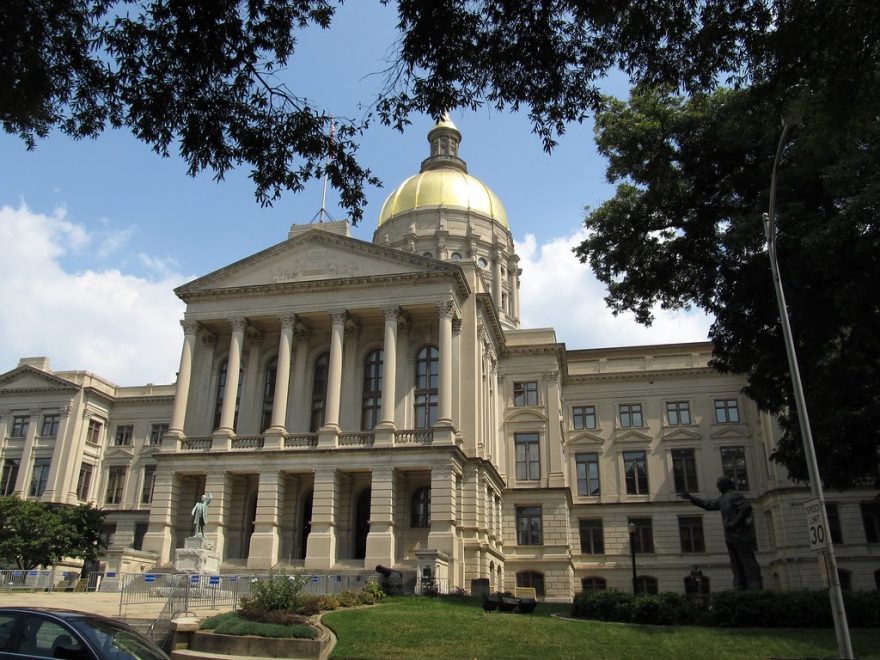 Republican Governor of Georgia, Brian Kemp, signed on Mar. 25 sweeping restrictive legislation that will affect the battleground state’s voters, local election administration and overseers. The bill follows Democratic wins in the state for both Presidential and Senate elections in 2020.

The bill, which started as narrow as two-pages, underwent an extensive change into a nearly 100-page law in a little over a week. Among all measures imposed within its length, the bill requires further identification for mail ballots, eliminating the signature-matching process.

It prohibits voters in line to receive food or beverage, including water, from anyone who is not an election worker– in the 2020 primaries, Georgia counties with large minority populations had people waiting in lines for up to eight hours. It also reduces the period between the election and runoffs from nine to four weeks, following Georgia’s January runoffs that decided the current Senate majority when both of its Democrat candidates filled the two remaining seats.

“Georgia will take another step toward ensuring our elections are secure, accessible, and fair,” Kemp said.

The Georgia bill is not an isolated case, it is part of a nationwide Republican effort to restrict election regulations across the country following the party’s baseless claims of election fraud in the 2020 elections, regularly voiced by former President Donald Trump. As of February, more than 250 similar bills had been introduced in 43 states, according to a tally from the Brennan Center for Justice at New York.

The new law coincides with a federal-level voting rights bill, the For The People Act, passed by the House of Representatives on a party-line vote in early March. The bill that was symbolically titled H.R. 1 now sits in the United States Senate where it faces strong Republican opposition, which might impede it to get enough support to break the filibuster. The H.R. 1 strives for the stripping of voting restrictions across the country, which directly opposes the intentions of the newly signed Georgia law.

As of later Thursday, a lawsuit against the new law had been filed by a group of voting rights advocates: New Georgia Project, the Black Voters Matter Fund, and Rise Inc.