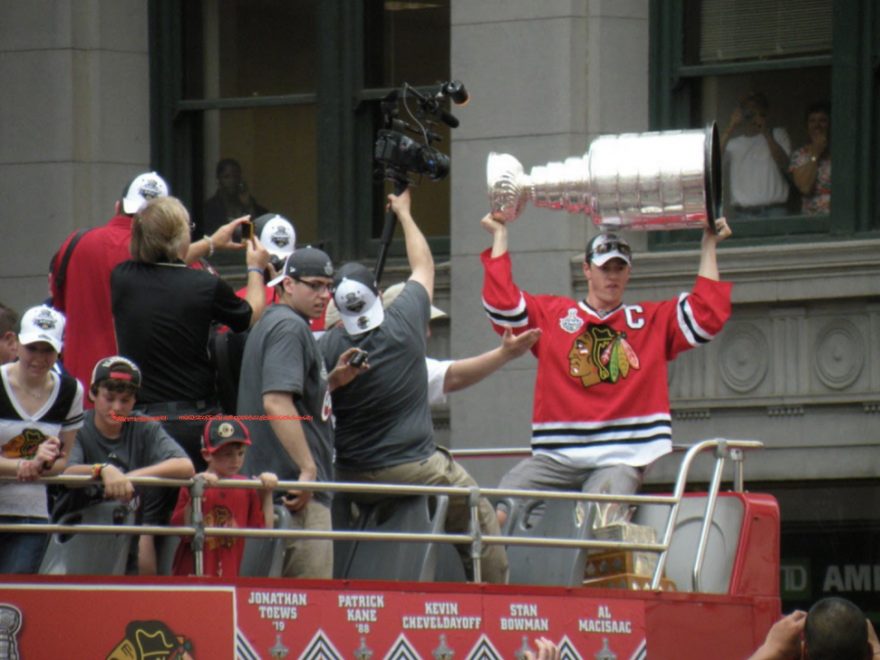 Chicago Blackhawks owner Rocky Wirtz wrote to the Hockey Hall of Fame on Friday asking for the removal of the former video coach Brad Aldrich’s name from the Stanley Cup Trophy in light of sexual abuse accusations.

“Names have been engraved and changed for years,” Wirtz wrote in a letter addressed to Larry MacDonald, chairman of the Hockey Hall of Fame. “Taking a stand on the unforgivable behavior of Aldrich should include erasing his name from the Cup.”

Wirtz referenced the engraving and subsequent striking of Basil Pocklington’s name from the Stanley Cup in his letter. “That decision, among others, reflects the Cup’s storied history of engraving mistakes and errors that have ended up enshrined in silver, or been corrected after the fact.”

The NHL fined the Blackhawks 2 million dollars due to the “organization’s inadequate internal procedures and insufficient and untimely response in the handling” of the Aldrich situation. Bowman resigned as the Blackhawks GM upon the release of the investigation’s findings. Quenneville followed suit, resigning as head coach of the Florida Panthers on Thursday. Cheveldayoff has a meeting scheduled with NHL Commissioner Gary Bettman on Friday.