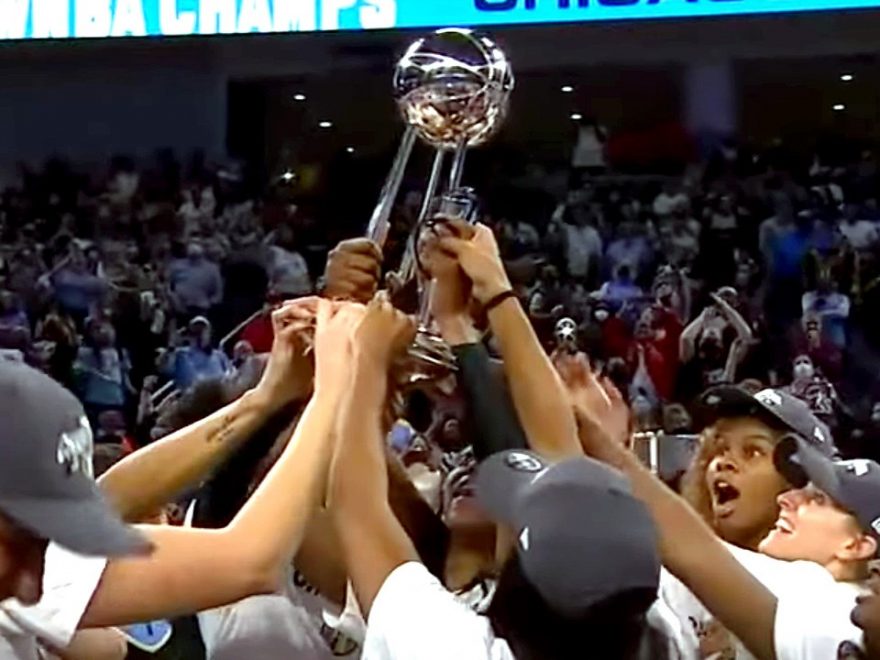 On October, 17th 2021, the Chicago Sky defeated the Phoenix Mercury and were crowned champions of the WNBA. All season long, the Sky were a .500 team, yet they somehow pulled off greatness. 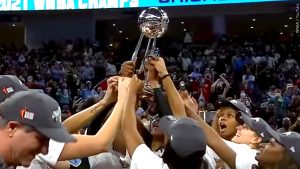 The Chicago Sky secured the sixth seed in the WNBA playoffs by having to play two win-or-go-home games. Their first single elimination game was against the Dallas Wings, who they crushed, with a final score of 81-64. Their second do-or-die game was against a tough Minnesota Lynx team who won 22 games in the regular season. Despite their odds, the Sky won against the three seeded Lynx to move on to the semi-finals.

The Chicago Sky already overcame adversity twice and would face the best team in the WNBA in the semi-finals:The Connecticut Sun. The Sky were unsurprisingly the underdogs going into this series, as the Sun won a total of 26 regular-season games, the most in the WNBA. That did not intimidate the Sky as they won the series 3-1 and booked their ticket to the WNBA finals for the first time since 2014. Their opponents would be the Phoenix Mercury, led by the great Diana Taurasi.

In Game One, Chicago went on a tear in the second quarter, and went on a 21-2 run going into the half. Chicago’s shooting kept pouring on in the second half, and they finished shooting 53% from the field, winning with a final score of 91-77. Game Two was a back and forth battle that went into overtime. With clutch shots by Diana Taurasi and Skylar Diggins-Smith, the Mercury won with a final score of 91-86, taking the series to Chicago tied at one game apiece.

In their first WNBA FInals home game since 2014, the Sky made their presence known with a 36-point victory, the largest margin of victory in WNBA finals history. Kahleah Copper led the way in scoring for the Sky with 22 points, 20 of them coming in the first half. This blowout victory meant the Sky were one win away from their first title in history.

Game Four was a wild neck and neck match between the two teams. At the half, the Mercury led by 7 points and grew their lead up to double digits in the third quarter. But, it was all Chicago in the fourth quarter, as they started to mount a massive comeback. With 1:24 left, a Stephanie Dolson bucket put the Sky on top with a 74-72 lead, which would be their first lead of the game since late in the second quarter. The Mercury couldn’t stop their fourth quarter run, as the Sky won with a final score of 80-74, winning their first WNBA championship in franchise history.

There were a lot of key pieces that helped this Chicago team win the championship. Kahleah Copper earned the honors of being named the WNBA Finals MVP. averaging 17 points and 5.5 rebounds a game. Another key player was Allie Quigley who averaged 18 points per game and scored 26 points on 64.3% shooting in Game Four which was a team-high. But, arguably the most impactful player was Candace Parker. She was a key free-agent acquisition for the Sky and was a force on the boards for the squad. Averaging 13.8 points and eight rebounds in the playoffs. In the championship-clinching Game Four, she posted a double-double of 16 points and 13 rebounds. Being from Chicago, it was her mission to bring a title to the city of Chi-town, and on her first attempt, she accomplished that goal.