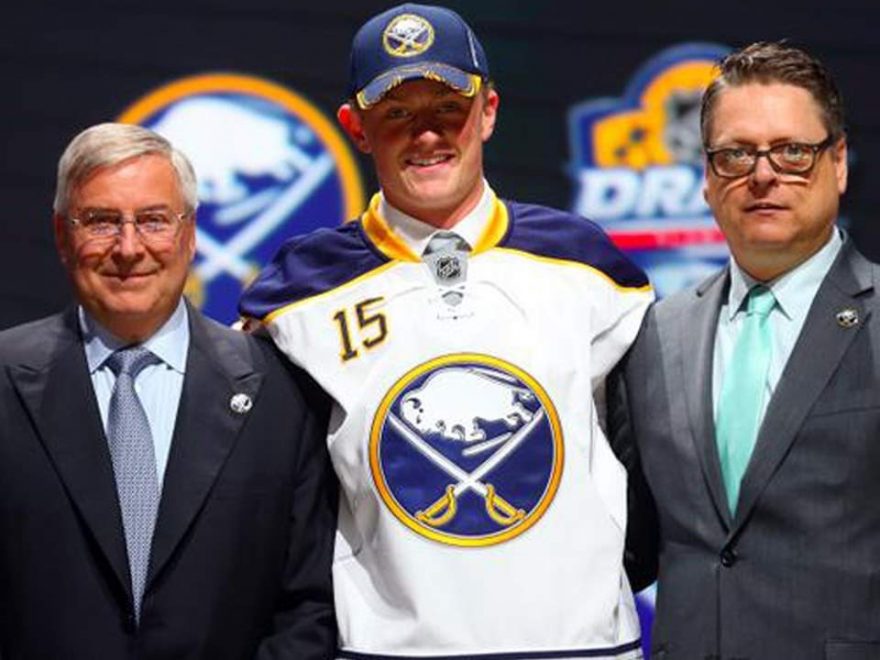 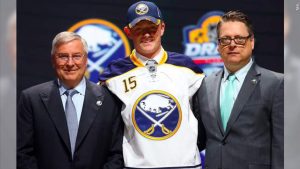 Here’s how it all went down:

March 7th, 2021: In the midst of a six-game losing streak, Eichel herniated a disk in his neck and the team would lose their seventh straight to the New York Islanders. This streak would lead them to 18 straight losses. The captain was projected to miss 7-10 days; that all changed very quickly.

Days later, Jack traveled to an independent specialist. The doctors suggested an artificial disk replacement, which no NHL player had ever had gone through before.

April 14th, 2021: Eichel would be ruled out for the remainder of the season.

May 10th, 2021: After another evaluation showing the disc had not moved back into place like Buffalo had hoped, it was determined that he would need surgery. Buffalo wanted fusion surgery, while Eichel wanted an artificial disk replacement. In the NHL’s CBA (Collective Bargaining Agreement), teams have final authority over the injury recovery process of their players. Buffalo used this power to decline Eichel’s desired surgery. At this point, the relationship between Buffalo and Eichel had been ruined, and it became abundantly clear that Eichel had played his last game as a Sabre. Rumors swirled that he would be traded to either the Los Angeles Kings, Minnesota Wild, New York Rangers, or Anaheim Ducks at or before the NHL Draft. Basically, any team looking for a bonafide number-one center checked in on Buffalo’s asking price

September 23rd, 2021: The rumors did not result in Eichel being traded before the 2021-22 season, as many teams refused to meet Buffalo’s demands. The Sabres general manager, Kevyn Adams announced Eichel failed his physical and would start the 2021-22 season on injured reserve because Eichel “will not accept Sabres’ desire for fusion surgery.” Buffalo would also strip him of the captaincy he held since the 2018-19 season.

November 2nd, 2021: As trade talks continued to heat up, the Vegas Golden Knights and Calgary Flames emerged as the final front runners. Both teams said they would allow the surgery Eichel desired.

November 4th, 2021: Jack Eichel was officially traded to the Vegas Golden Knights, and was reunited with former teammate Robin Lehner, who has been very outspoken in his support of Eichel and his desire to get his preferred surgery.

Who Won the Trade?: The Vegas Golden Knights.

The Golden Knights took a risk but came out on top in this trade. They are getting Jack Eichel, who when healthy, is a top 10 center in the NHL. Center is by far the most valuable position in hockey, and when a championship-contending team’s top center is Chandler Stephenson, a move needed to be made. The Knights are in “win-now” mode, so the future cap-space struggle is a headache worth dealing with. Buffalo lost this trade, and further cemented themselves as a “poverty franchise.”