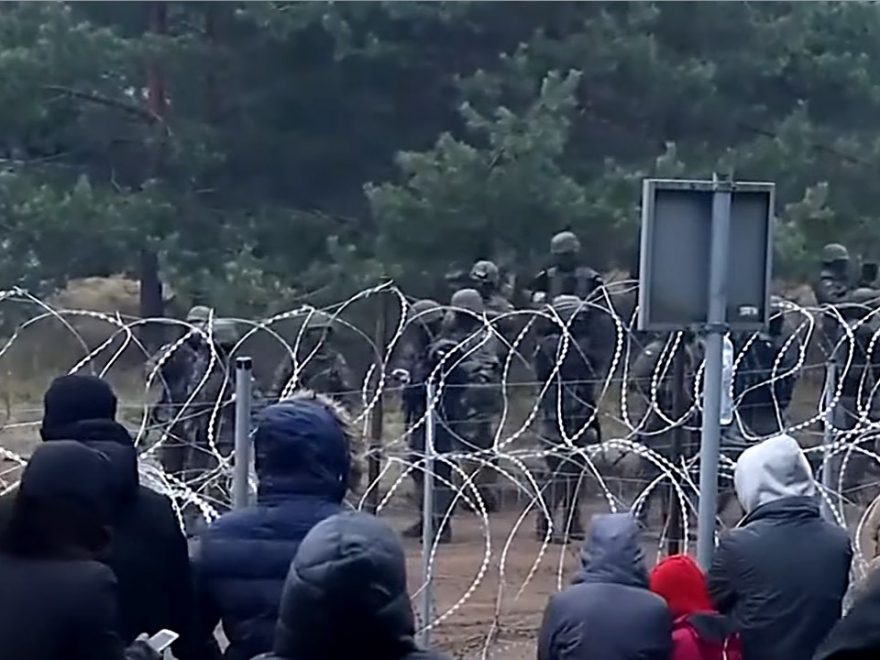 The border crisis in Belarus is escalating as a brawl ensued between hundreds of migrants and security forces who stormed the checkpoint into Poland yesterday. 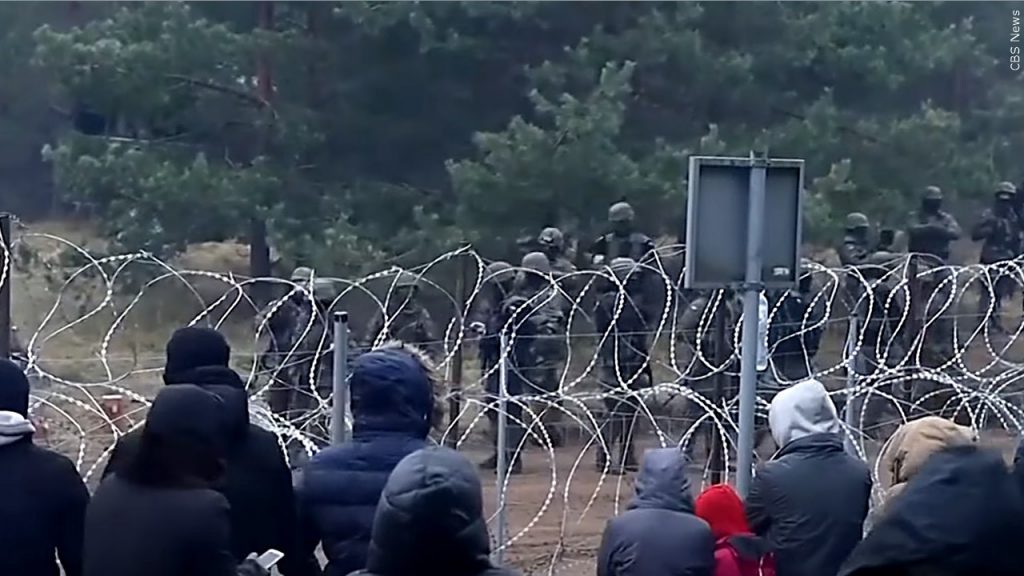 The migrants cannot get into Poland, but are also being prevented from retreating back into Belarus, according to Polish authorities.

A day after the melee, Belarusian authorities are attempting to ease pressure along the Poland border. Hundreds of migrants are now in shelter in a brick warehouse yards away from the frontier.

The total number of migrants from Syria, Iraq and other parts of the Middle East is estimated between 2,000 and 4,000.

Since August thousands of men, women and children have amassed at Belarus’s western border with Poland. They are mostly from Iraq, Syria and Yemen, and are now enduring freezing conditions in the hope of crossing into the EU.

The EU has accused Belarus of encouraging thousands of people to cross into Poland and other members states to spark a humanitarian crisis in the bloc.