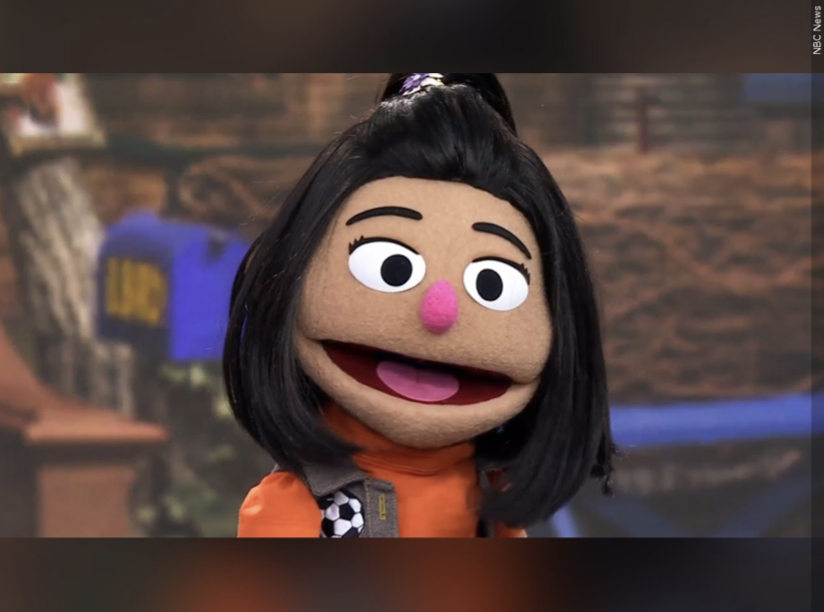 Sesame Street is introducing the first Asian-American muppet in the show’s history, a 7-year-old girl with Korean heritage named Ji-Young.

According to AP News, Ji means “smart, or wise,” and Young means, “brave, or courageous and strong.”  However, an alternate definition for Ji is “sesame,” an indication that she was meant to live in the street.

Sesame Street posted a bio for Ji-Young on its website, describing her passion for playing guitar, skateboarding, and her heritage. “She loves playing music with her grandma and cooking her favorite food—tteokbokki,” the bio reads. “Her family eats dinner at the kitchen table together every night, chatting in both Korean and English.”

Ji-Young makes her Sesame Street debut on Thanksgiving, as part of the “See Us Coming Together: A Sesame Street Special,” which will be aired on HBO Max, PBS Kids, and Sesame Street’s YouTube channel.

Puppeteer Kathleen Kim will play Ji-Yung. A multitude of celebrities is set to appear in the special, including Sima Liu, Naomi Osaka, and Padma Lakshmi.

Ji-Young and the upcoming special are a part of Sesame Street’s “Coming Together” initiative, which seeks to educate children about racism and other social justice issues.