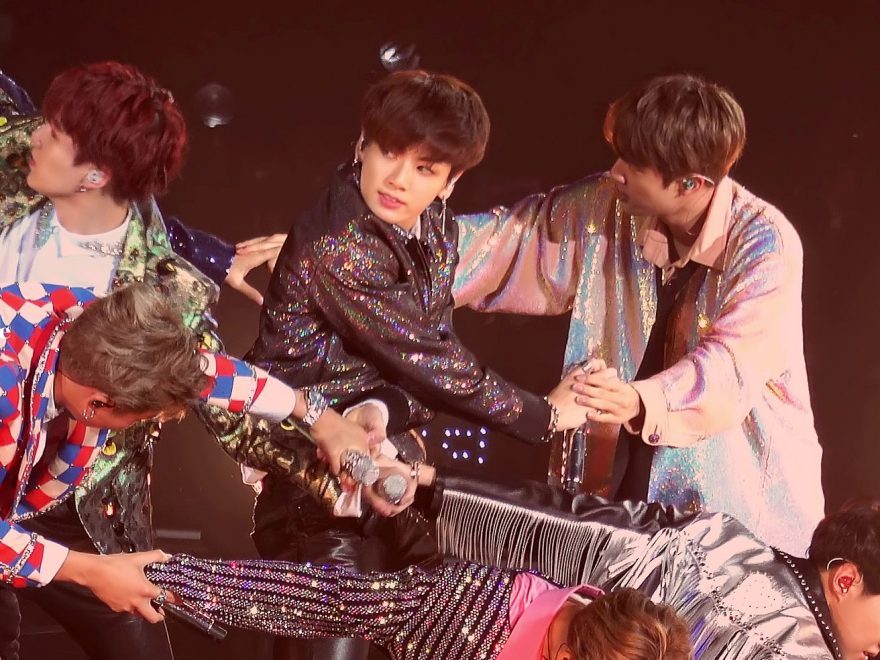 The wildly popular K-pop group BTS won Artist of the Year—the biggest honor of the night at the 2021 American Music Awards. The boy band beat the likes of Taylor Swift, The Weekend, and Drake, taking home three awards.

Composed of RM, Suga, Jungkook, J-Hope, Jimin, V, and Jin, the septet pop sensation added Best Pop Group and Best Pop Song of the Year to their numerous awards, deconstructing the norm of Americans winning the highest awards of the night.

Suga delivered his winning speech in Korean, saying, “We made our U.S. TV debut four years ago at the AMAs, and I had no idea we would be able to receive the Artist of the Year. I think it’s all thanks to ARMY, thank you ARMY,” referring to the group’s fan base.

In a live stream following the show, the members of BTS sat around a table, drinking champagne, and celebrating the historic win. “What will happen to BTS in the future?” Suga mused. “Now, I think that I can enjoy it, rather than being afraid.”