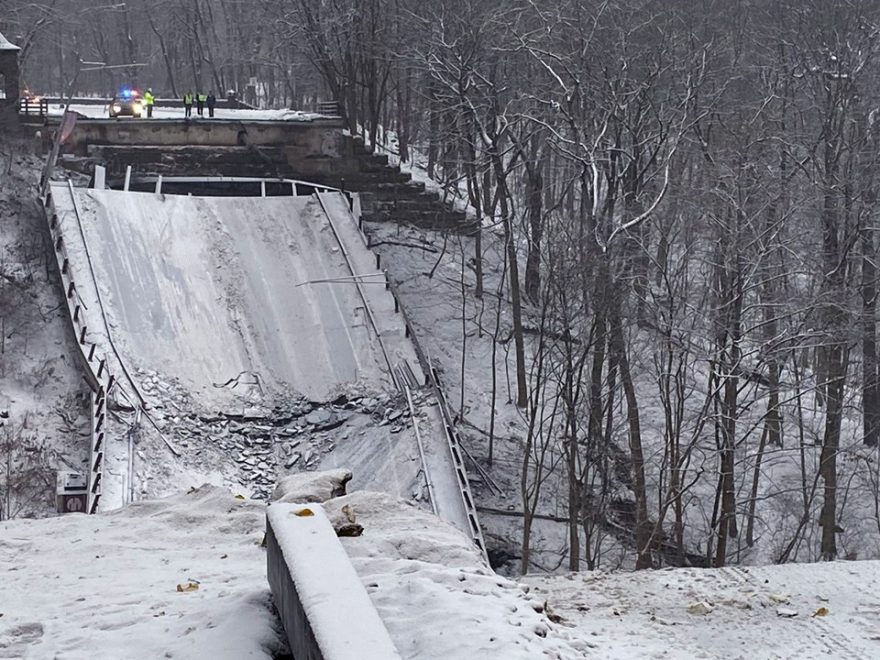 Ten people have been injured this Friday morning after a Pittsburgh bridge located in Frick Park collapsed. A bus that was driving at the time was left dangling off of the bridge, leading fire chief, Darryl Jones, and his crew to rappel over 100 feet to help passengers and the driver. Responders were also hurt, from slipping and falling on ice and snow-covered remains of the bridge.

This incident came hours before President Joe Biden was scheduled to visit the area and discuss possible improvements for Pittsburgh’s infrastructure. White House press secretary, Jen Psaki stated that the trip will continue as planned. Psaki also tweeted that President Biden shared his gratitude to the responders stating that he“is grateful to the first responders who rushed to assist the drivers who were on the bridge at the time”

Pittsburg residents are being told to stay safe and avoid the area. All nearby Pittsburgh public schools have switched to remote learning until further notice due to the impact of the accident.