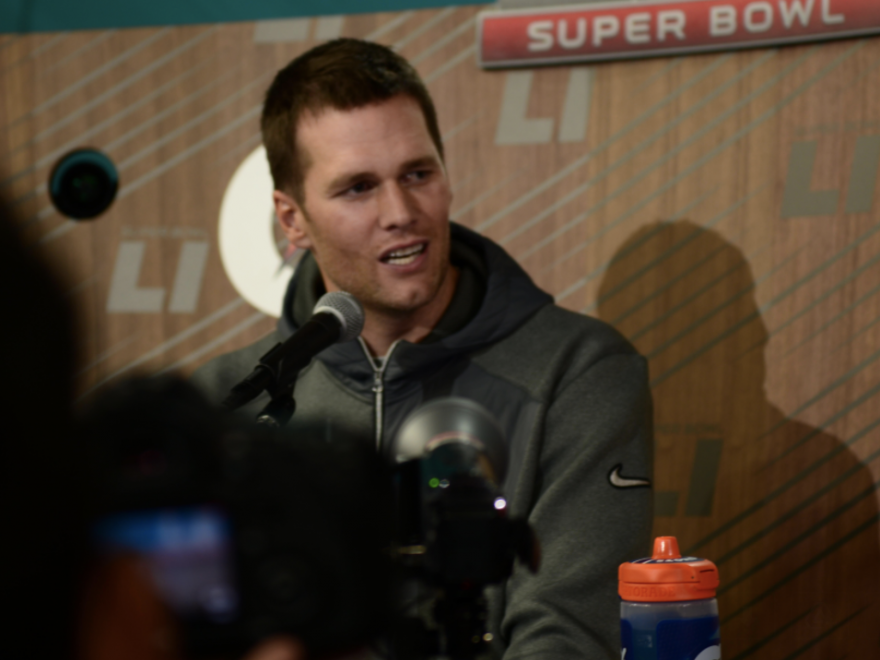 For many sports fans, this day seemed as though it would never come. According to ESPN’s Adam Schefter and Jeff Darlington, after 22 seasons in the NFL, seven-time Super Bowl champion Tom Brady is expected to retire. This report comes just six days after Brady and the Tampa Bay Buccaneers lost in the NFC divisional round matchup with the Los Angeles Rams, 27-30. Brady’s agent, Don Yee, and Brady’s father, Tom Brady Sr., have both refuted the report, saying that Brady has not made a final decision on his retirement as of now.

Since the Buc’s loss, there has been a lot of speculation regarding whether or not Brady would return next season. On his latest “Let’s Go!” podcast episode, Brady cited that his decision to retire would be based on his family’s needs at this stage of his career. Brady stated, “I’m gonna spend some time with them and give them what they need, ‘cause they’ve really been giving me what I need the last six months to do what I love to do.” At 44 years old, the Buccaneers quarterback has given plenty of himself to football, playing in 318 NFL games, while leading the league in all-time passing yards (84,520) and touchdowns (624).

While Brady has not released an official statement, many have reported and hinted on social media platforms to indicate an official retirement. Brady will have completed his career playing 20 seasons with the New England Patriots under coach Bill Belicheck, where he won six Super Bowls. Brady’s last two seasons came with the Tampa Bay Buccaneers, where he won a Super Bowl alongside longtime teammate Rob Gronkowski.

There is not much to debate when it comes to where Tom Brady stands in all-time rankings of professional football players. As far as individual accolades, Brady will walk away from the NFL with five Super Bowl MVP awards, three NFL regular season MVP awards, 15 Pro Bowl selections, and two Offensive Player of the Year awards. One of Brady’s most impressive and clutch statistics may be his 15 game-winning drives, which is one of the 18 all-time leading NFL records he holds.

Statistically, Brady can be regarded as the greatest quarterback of all time. However, his journey to the top of the NFL rankings was nothing short of extraordinary. Brady was drafted 199th overall by the New England Patriots in 2000, after only coming into the starting quarterback role at The University of Michigan his junior year. Some of Tom Brady’s combine reviews include statements like, “lacks a really strong arm” and “can’t drive the ball down the field.”

Brady proved time and time again that his longevity and competitive nature were unwavering, as he seemingly only got better with age. He is the winningest player in NFL history with 243 regular season wins and 35 playoff wins. Brady’s dominance unbelievably spans across two decades, as he was named to the 2000s All Decade Team as well as the 2010s All Decade Team.

Time will only tell what Tom Brady will accomplish off the football field in the next chapter of his life. Nonetheless, he has more Super Bowl rings than any other NFL franchise in the history of the league, which among other accolades, makes him more than well-deserving of his title of the “Greatest of All Time.”