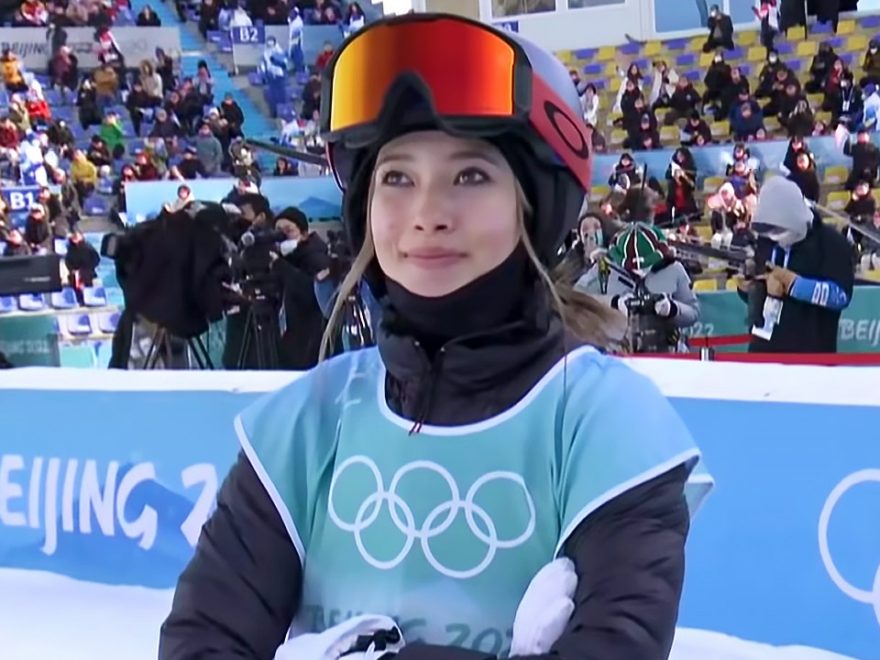 American born Eileen Gu gained lots of criticism when she decided to represent the Chinese team, at the Beijing Winter Olympics. The 18 year-old freestyle skier proved the masses wrong as he doled out, for the first time in he career, a 1620 in her final run. This led to her receiving, what is hopefully, one of three gold medals.

A double cork 1620 is a move when the skier spins 4 1/2 times while also rotating twice off-axis. All this while being 20 feet in the air. This is a move that Gu has never landed, not even in practice, but she was able to land it when it counted, her final run for the gold.

It was barely a month ago that French skier, Tess Ledeux, became the first ever woman to land a 1620 while in competition. She immediately went for the move early on and landed it, setting the bar already beyond reach of the majority of the competition.

“I want all the girls to break their boundaries,” said Eileen in Chinese, via interpreter. “I want them to think if Eileen can do it, I can do it.”

Also present to witness Gu win the gold was Olympic tennis star Peng. She made a rare public appearance a day after stating, in a controlled interview, that her sexual misconduct allegation against a once high-ranking official of the CCP were “an enormous misunderstanding.”