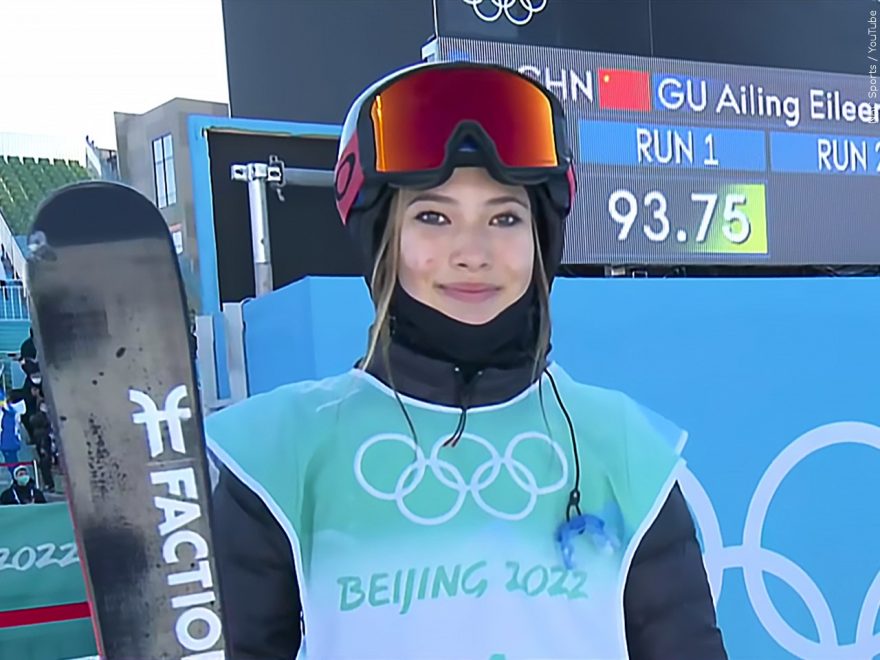 Eileen Gu won her third Olympic medal on the halfpipe this Friday making her the first freestyle skier to win three medals in the same Olympics, two gold and one silver.

The 18-year-old explained how emotional she was upon learning that her gold medal was secure and proceeded to do a joyful victory lap full of straight airs and smiles before climbing the podium to accept her third medal stating, “I feel like, for the first time, I really deserved it and I really earned it.”

This Olympics was about more than just sports for Gu as she had decided to represent China, her mother’s homeland, rather than those of her native country, the United States. When she made that decision months ago, she received both positive and negative responses but explained that she made the decision to inspire young girls in China as there wasn’t much winter-sports culture there for her when she was younger.

This has certainly changed now as Gu has managed to remain undefeated skiing on the halfpipe this season. However, in past interviews, Gu has reflected upon the stars before her that made her venture into extreme skiing possible, specifically the late Sarah Burke of Canada who Gu once made a duct tape wallet as a tribute for back in the sixth grade.

Having one of the best Olympic performances of all time, it only makes sense that Gu won her third medal on the same halfpipe that Chloe Kim won and Shawn White bid farewell to the Olympics just a week before.

A magazine cover girl and nominee for the U.S. Presidential Scholars Program, Gu is headed to Standford to continue her education following her Olympic debut. Right now, though, she’s relishing in Olympic glory and enjoying being the best halfpipe skier in the world.