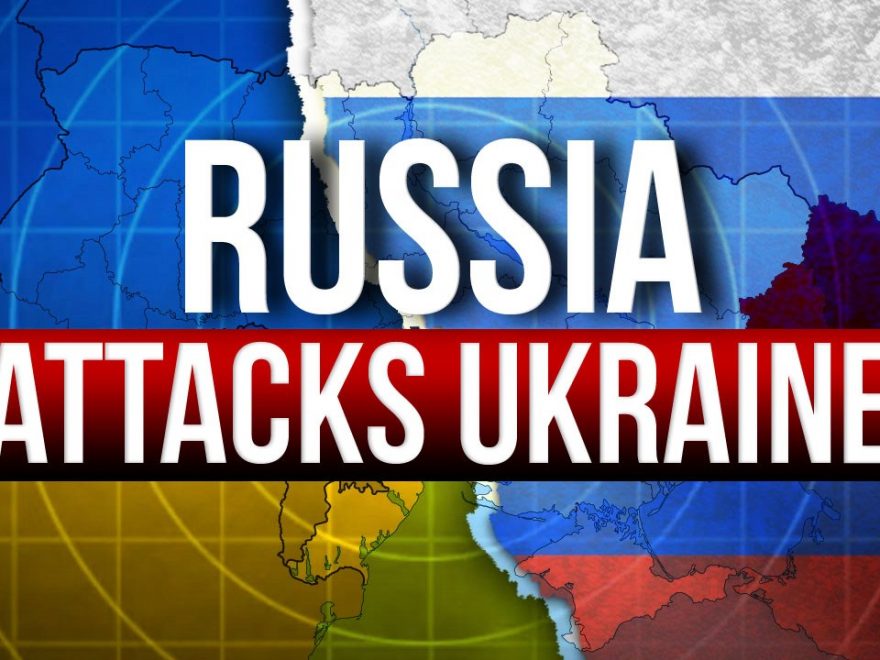 In the early hours of Thursday, February 24, Russia’s invasion of Ukraine went underway. This act of aggression was met with fierce backlash from leaders across the globe as well as with promised heavy sanctions. The attacks on Ukraine targeted various cities and bases with shelling as the civilian population piled into trains and cars to flee from the attacks.

This is the most aggressive action from the Russian government since their invasion of Afghanistan in 1979. President Vladimir Putin also deflected the global condemnation and the new sanctions placed on Russia while also implying the vastness of Russia’s nuclear arsenal.

NATO Chief, Jens Stoltenberg, stated that this act of war has “shattered peace across Europe”, echoing the words of various world leaders who condemned Russia for the invasion which could lead to massive casualties while also toppling Ukraine’s government. It could totally upend the post-Cold War security and has worsened the already shaky financial market as oil prices dipped.

Propaganda from Kremlin has been painting members of the Ukrainian right-wing party as neo-Nazis by exploiting the admiration the parties has WWII-era Ukrainian nationalist leaders who had sided with Adolf Hitler in the war. The claim of the country having Nazis in its government was also met with bad taste as Ukrainian President Zelenskyy is Jewish.

Putin’s declaration of war came just a few hours after Zelenskyy had rejected Moscow’s claim that Ukraine posed a threat to Russia while also making an inspirational, hail-mary call for peace. Zelenskyy has also tried to arrange a call with Putin late on Wednesday, February 23, but the Kremlin did not respond to his request.

The attack took place while the UN Security Council was meeting to try and hold off the invasion. The members at the meeting were still unaware of the announcement made by Putin, the invasion was already underway when Secretary-General Antonio Guterres pleaded for Putin to “Give peace a chance”.

“Listen to the voice of reason,” Mr. Zelensky said after midnight Thursday in Kyiv. “The Ukrainian people want peace.”

Just a few hours later NATO Chief Stoltenberg made his speech wherein he said peace in Europe was shattered.