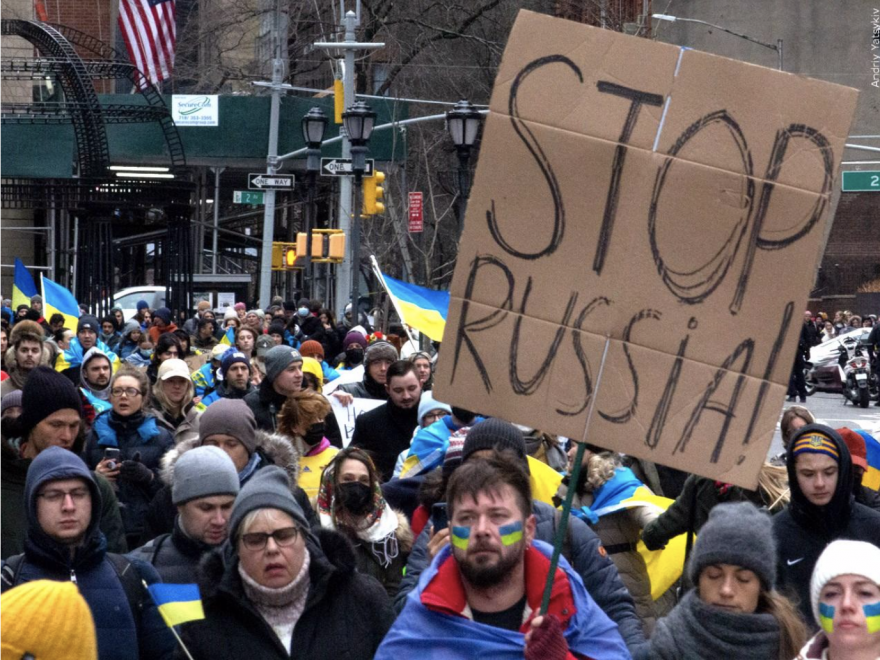 A peace march for Ukraine is being organized by Northeastern University student Diana Zlotnikova who is from the now war-torn nation. The walk is scheduled for Sunday, Feb. 27, and she hopes it will alleviate some of the anxiety people are feeling.

Communities across the world have been voicing their frustration and condemnation of Russia’s invasion of Ukraine. Boston, being a college town, is home to many international students from Ukraine.

This is not the first meeting of its kind for Ukraine in Boston. A prayer vigil was held in the Christ the King Ukrainian Catholic Church on Feb. 24. Hundreds of protesters showed up at the Massachusetts State House and called for support to Ukraine while waving the Ukrainian flag with signs that condemn the Russian government.

Zlotnikova estimates around 350 people will show up at the peace march on Sunday at the Boston Public Garden. She has called this conflict a “shared tragedy” that will invariably impact the world as a whole.

Zlotnikova is not the only one. Several Ukrainian students reacted to the situation at home and called for much stricter sanctions on President Vladimir Putin and Russia.