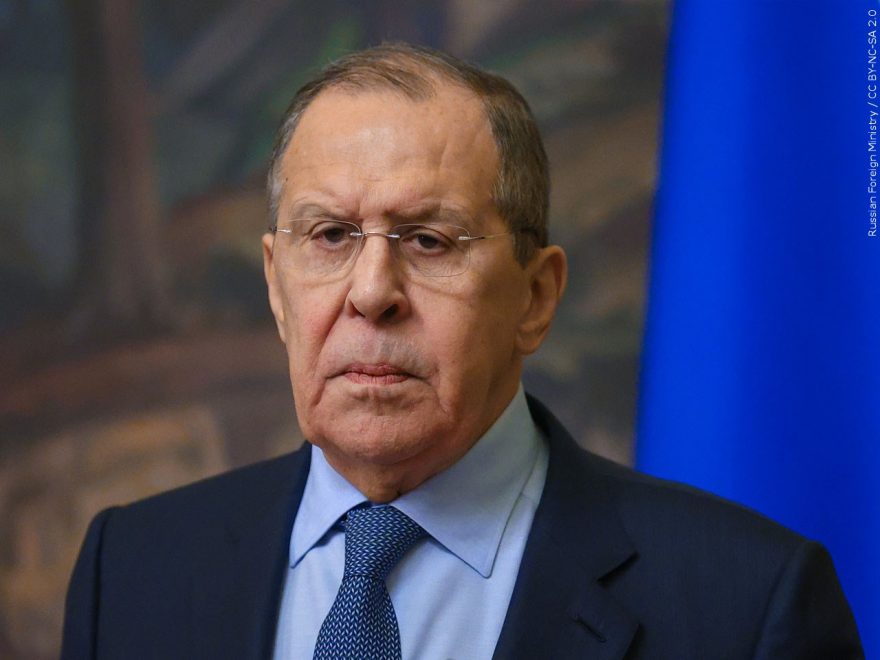 Sergei Lavrov, the foreign minister of Russia, stated on Thursday, March 3, said that he believed some foreign world leader to be plotting war against Russia and that Putin will continue on with his efforts to annex Ukraine until the end. Lavrov also stated that Russia had no plans to make use of their nuclear arsenal.

Lavrov continued with propaganda being broadcast in Russia by reiterating Ukrainian President Volodmyr Zelenskyy, an ethnic jew, as presiding over a country where nazism is flourishing. Lavrorv provided no evidence as he stated this in an interview with state television.

Russia and Ukraine have now been at war for one week and Lavrov stated that the crisis would definitely come to an end and that there was a new round of talks to be held between the two nations. He also said that any communication between Russia and the West should be done with mutual respect while also accusing NATO of trying to maintain supremacy.

Ukrainian officials have accused the Russian forces of specially targeting civilian populated areas but Lavrov has denied any such accusations and stated that Russian troops had orders to use high-precision weapons to only destroy military infrastructure.

Lavrov also stated that Russia was in possession of information that says the United States was concerned about losing control over chemical and biological laboratories in Ukraine and even accused Britain of building military bases in Ukraine, once again offering up no evidence to support these claims.