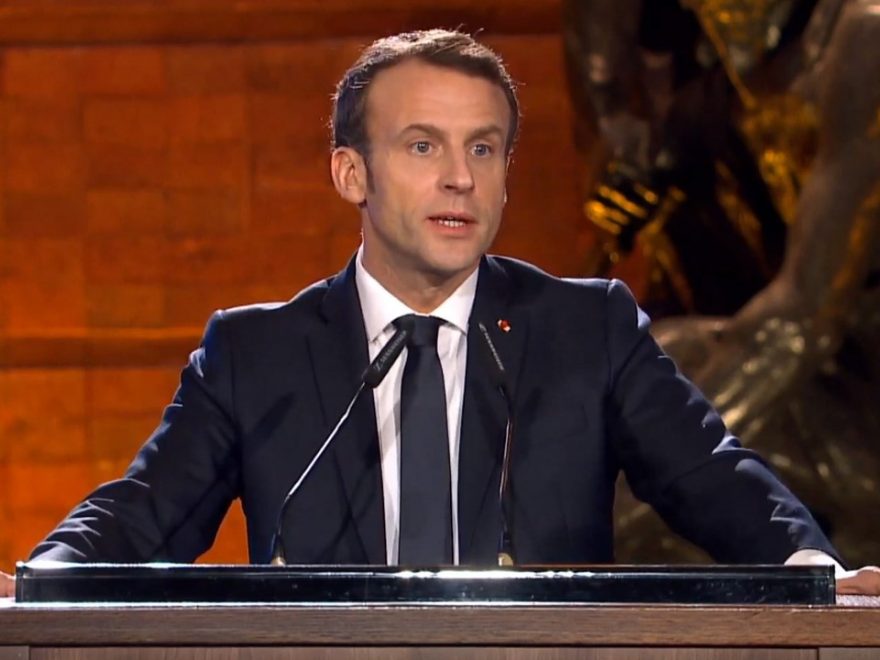 A clip went viral all over the world when an anti-war activist brazenly interrupted a Russian state TV news program by holding up a sign and screaming that the Russian people were being fed with propaganda and that to not believe what they hear from the state tv news regarding the Russian invasion of Ukraine.

French President Emmanuel Macron has come forward and offer the protestor protection at the French embassy and even extended a hand of asylum in France. The woman was identified as Marina Ovsyannikova by an independent human rights group. They were also able to inform the public that Ovsyannikova was taken into police custody after her protest.

Macron said he will “propose this solution in a direct and very concrete manner.” to Russian President Vladimir Putin in their next phone call. President Macron has also openly condemned the detention of the journalist and wants a solution as soon as possible.

According to government officials, France has taken in close to 15,000 Ukrainian refugees so far.