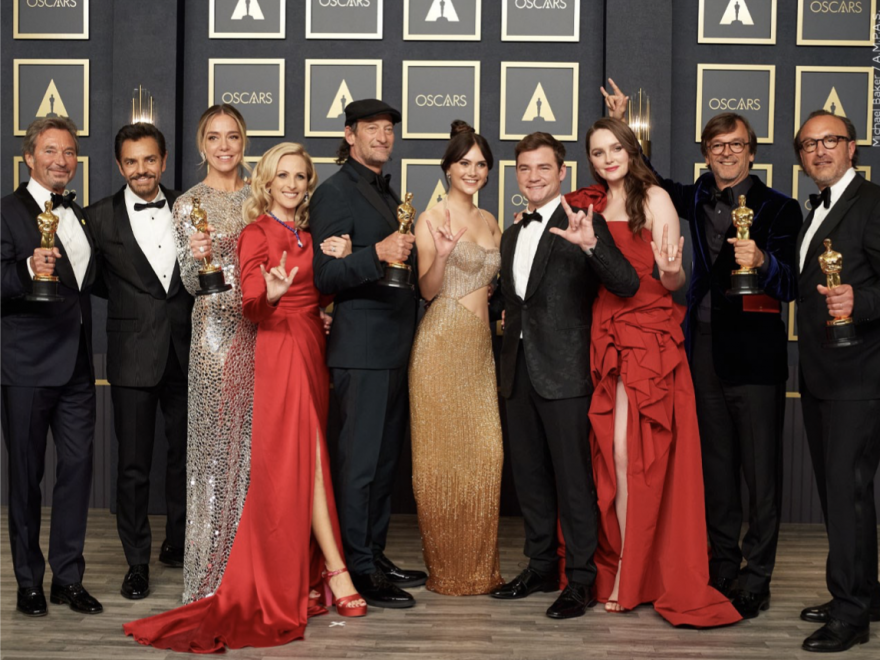 “CODA” won three Oscars on Sunday, including best picture—making Apple TV+ the first streaming service to win in the most coveted category. Troy Kotsur, who secured the title of best supporting actor for his performance on “CODA,” became the first deaf man to win in an acting category at the Academy Awards.

Apple’s success in the best picture category is monumental for the rapidly-shifting film industry, which increasingly releases movies direct-to-stream. “CODA” wasn’t the only contender for best picture by a streaming service, either. “The Power of the Dog,” and “Don’t Look Up,” both produced and distributed by Netflix, were nominated for the category as well.

Kostur, becoming the first deaf male actor to win an Oscar, joined co-star Marlee Matlin as the only deaf performers to win an Academy Award.

In ‘CODA,’ which stands for “child of a deaf adult,” Kostur plays Frank, the father of Ruby, who struggles with being the only hearing individual in the family.

Kostur signed his acceptance speech, noting how ASL changed his life, and dedicating the Oscar to other disabled individuals.  “I just wanted to say that this is dedicated to the deaf community, the CODA community, and the disabled community,” he signed, “this is our moment.”

Ultimately, “CODA’’s Academy Awards point to the importance of representation of deaf and individuals with disability in the entertainment industry, and the beauty and the success that derives from that representation.