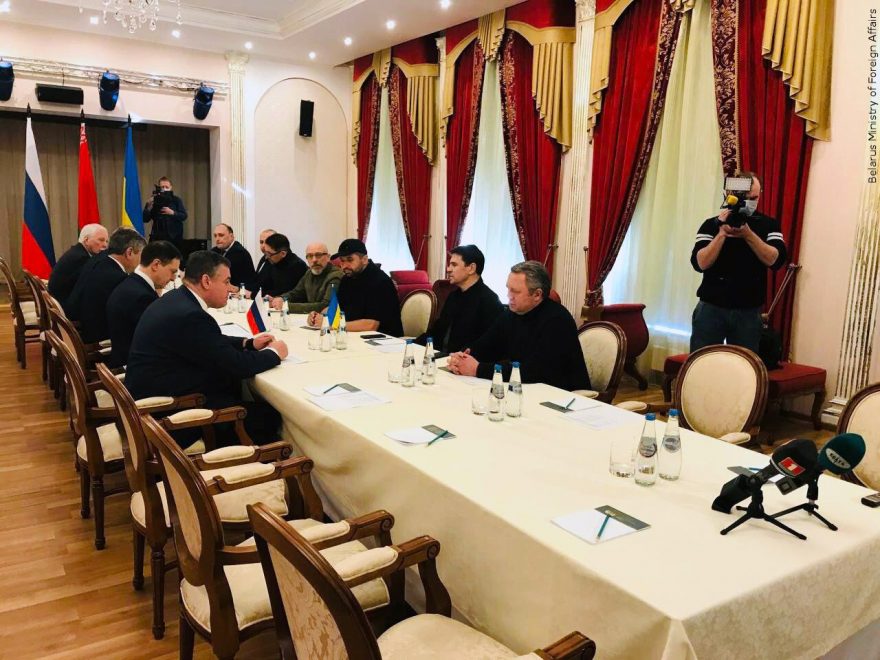 Peace talks were held on Tuesday, March 29, wherein Russia promised to scale down their military tactics around the city of Kyiv and areas in Northern Ukraine. Ukraine had proposed to take s neutral status on International assurances that they would be protected from attack. The talks in Istanbul come when the Russian invasion has been halted on many fronts by strong opposition, with the Ukrainians retaking territories.

The Russian delegation stated that more details would be given after they returned to Moscow. The talks that were held in Istanbul was the first time both sides met face to face after their meeting on March 10 and came over a month after Russia started the invasion.

Ukraine’s proposals at the talks were by far the spot detailed one from either side that was aired publicly. The Ukrainian negotiators said that the country would not join any alliances or house any foreign bases/troops but would have their security assured in terms that are similar to Article 5 of NATO.

Countries like Israel, Canada, and Turkey were identified as the countries that would help with the assured security while giving room for other countries like the United States, Germany, and even Russia. The proposal includes a 15-year consultation period on the status of Russia-annexed Crimea but it would only come into effect in the case of a complete ceasefire.

The southeastern region of Donbas, which was demanded to be given up by the Russians, would be set aside to discuss at a later time.

Any deal of peace would require a referendum in Ukraine and the top Russian negotiator, Vladimir Medinsky, says he would examine the received proposals and report it back to Putin. The Ukrainian negotiators called for a meeting between leaders Vladimir Putin and Volodymyr Zelenskyy.