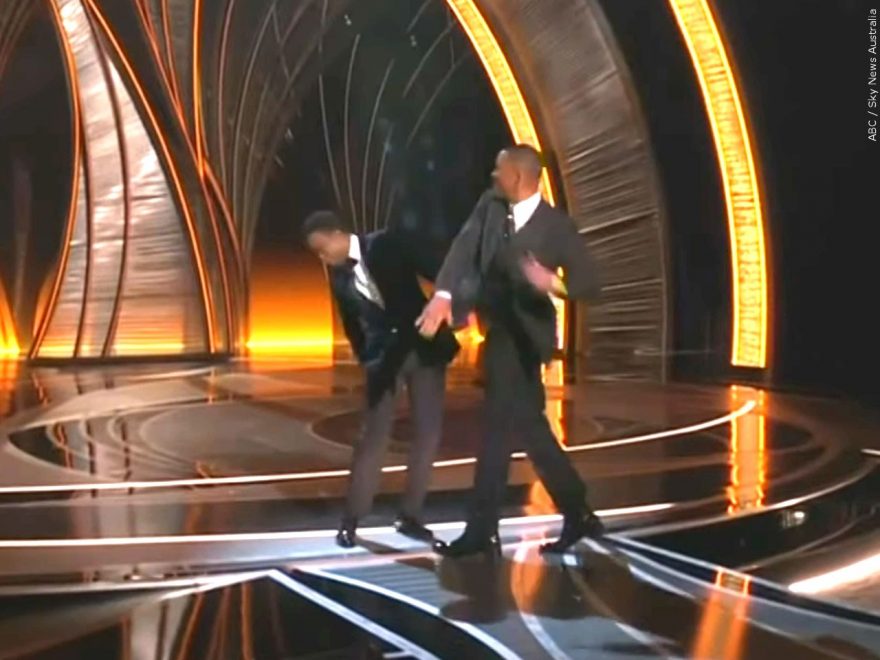 Will Smith apologized to Chris Rock, the academy, and to the viewers for slapping the comedian live from the Oscars’ stage after the comedian made a joke about Smith’s wife, Jada Pinkett Smith.

The actor explained on his Instagram post that he reacted emotionally to a joke about his wife’s medical condition, saying that was too much for him to bear. But Smith admitted slapping Rock across the face was an “inexcusable” action.

“Violence in all of its forms is poisonous and destructive,” his post said.

In his joke, Rock compared Pinkett Smith to the main character in “G.I. Jane,” whose hair is shaved. Pinkett Smith has spoken publicly about her alopecia diagnosis.

Later that night, Smith walked onto the stage again to accept his award for “best actor.” In his speech, he talked about protecting his family like the character he played in “King Richard” did.

The academy said it will review Smith’s actions and “explore further action and consequences in accordance with our bylaws, standards of conduct, and California law.”