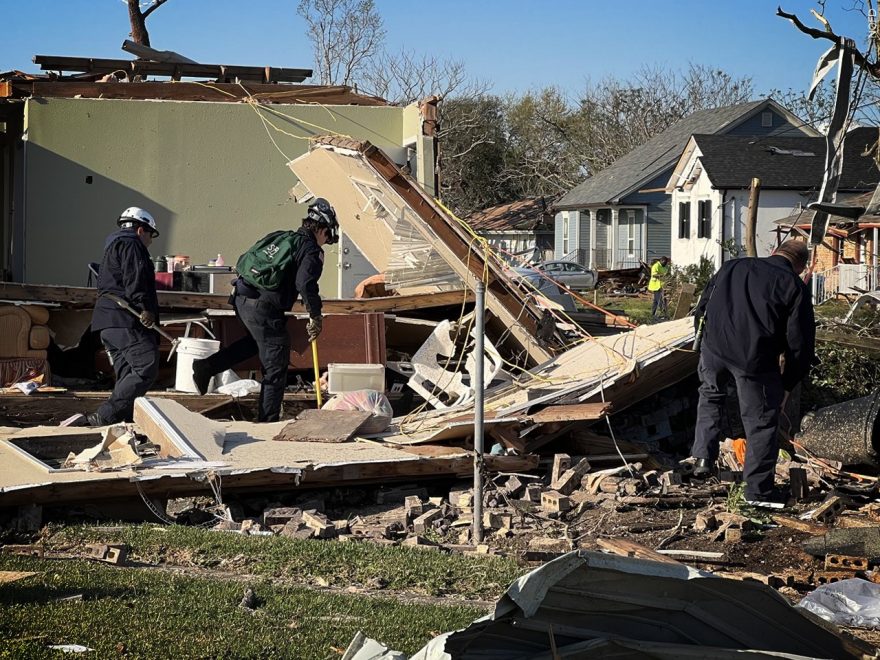 A storm of isolated tornadoes and high winds ravaged the deep south overnight killing at least two people in the Florida Panhandle. People woke on Thursday, March 31, to various homes and businesses were also left in ruin as the storm made its way across various state lines.

Two confirmed tornadoes injured several people a day earlier as well as downing power lines in Mississippi and Tennessee. Another storm, prior to that, caused damage in Arkansas, Missouri, and Texas. Thursday, however, saw the worst storm which appeared to be the southern end of the storm front and brought heavy rain and high speed winds. The Florida Panhandle was in a tornado watch, according to the National Weather Service.

The tornado was giving a rating of EF-3 which was higher than the initial rating of EF-2 and had wind speeds of 136-165 miles per hour. The tornado in Missouri was given an EF-1 rating and struck the city St Joseph late Thursday night.

A small tornado was briefly spotted in Dallas early Wednesday morning that caused some minor damage but nobody was reported injured. These storms come a week after New Orleans saw a series of tornadoes that also caused destruction overnight.