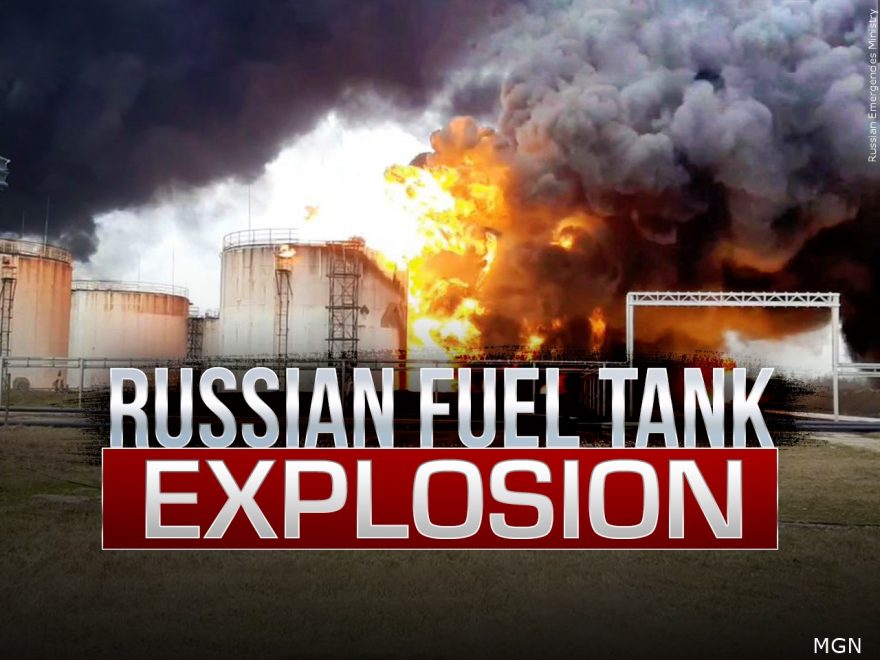 On Friday, a Russian fuel depot exploded in the city of Belgorod, near the Ukrainian border. Russian officials accuse Ukrainian forces of attacking the facility with two helicopter gunships. Ukraine has denied responsibility. “For some reason, they say that we did it, but in fact, this does not correspond with reality,” said the secretary of Ukraine’s national security council. The Russian oil company also rejected their governor’s allegations that two people were wounded in the raid. This is not the first time Russia has accused Ukraine of an attack. Last week, Russia reported a cross-border shelling that killed a military chaplain.

But what does this mean for the peace talks between Putin and Ukrainian President Vlodymer Zelensky? Russia pulled back its troops from the capital to promote trust within the negotiations. During negotiations taking place in Turkey on Tuesday, Ukraine appealed to the Kremlin’s demands for the country to remain neutral, abandoning its attempt to join NATO. In return, Ukraine requested guaranteed security from several other countries.

Ukrainian forces take advantage of Russia’s de-escalation, preparing counterattacks and retaking 29 settlements in Kyiv and the northern city of Chernihiv. But Russia continues shelling in Kharkiv. Ukraine and its allies warned that Russia is resupplying its troops to focus its operation on seizing the predominantly Russian-speaking Donbas region of Ukraine, including the hard-hit city, Mariupol.

Ukrainian city authorities said that Russians are blocking aid to civilians from Mariupol. On Thursday, Russian forces blocked a 45-bus convoy to evacuate the city in ruins. Deputy Prime Minister Iryna Vereshchuk said they are blocking humanitarian cargo and even 14 tons of food and medical supplies amid shortages. Russia’s capture of Mariupol would act as a corridor to Russian-controlled Crimea.