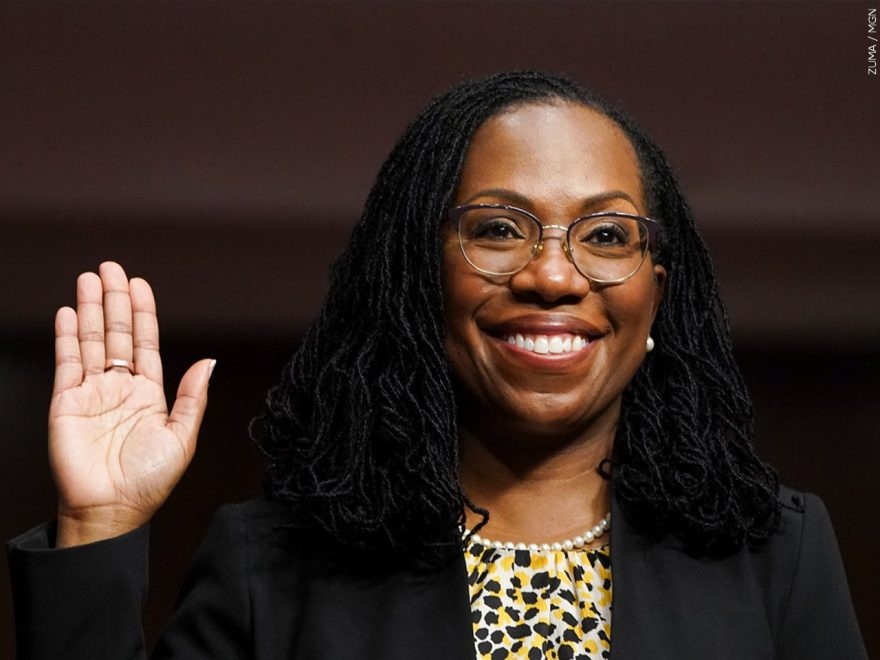 The Senate officially confirmed Ketanji Brown Jackson to the Supreme Court on Thursday making her the first Black woman to serve on the nation’s highest court. This confirmation is a huge victory for President Joe Biden and the Democratic party as it was both a fulfillment of the president’s campaign promise and a bipartisan confirmation with three Republican senators joining Democrats in favor of Jackson’s confirmation.

Democratic Senators and the White House have continually highlighted the historic importance of the nomination and now confirmation of Jackson. Senate Majority Leader Chuck Schumer called the final vote a “joyous, momentous, groundbreaking day.” He continued to say, “In the 233-year history of the Supreme Court, never, never has a Black woman held the title of Justice. Ketanji Brown Jackson will be the first and I believe the first of more to come.”

Throughout the entire process, Senate Democrats have consistently praised Jackson as a qualified, trail-blazing nominee whose experience as a federal public defender has both adequately prepared her for the position and would add a unique perspective to the Supreme Court. Republicans fired many critiques toward Jackson, who prevailed and continually stressed her concern for public safety and the rule of law until the final vote.

The Capitol galleries, which had been closed for much of the pandemic, were filled with supporters hoping to witness the final vote. The chamber was filled with cheers as senators, staff, and visitors stood for a lengthy ovation when the final vote was announced.

Although historic, Jackson’s confirmation will not change the ideological makeup of the court as it currently has six conservative justices and three liberal ones – and retiring Justice Breyer serves as one of the three liberal justices. She will remain in the minority and most likely in dissent in the court’s major cases related to highly charged social issues. However, for the first time, there will be four women on the court, two Black justices, and a Latina.

Jackson will be sworn in later this year after Justice Stephan Breyer retires.