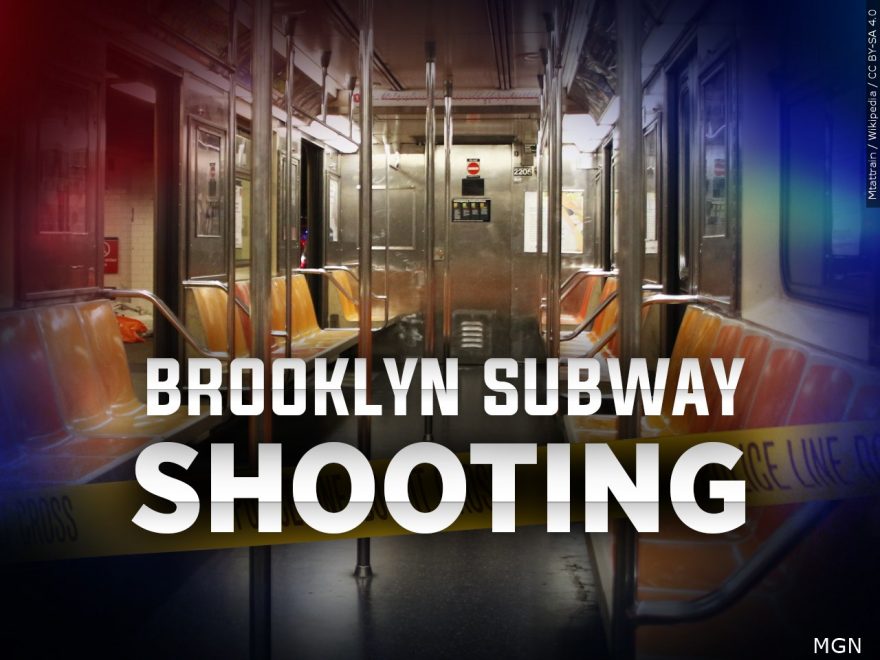 Tuesday rush-hour in Brooklyn was met with a gunman who filled the train with smoke and fired multiple shots at the passengers injuring commuters on the platform while other ran away screaming. According to authorities, at least 10 people were wounded and a total of 16 were injured in some way or the other as the attack began when the subway train began to pull into the 36th street station in the Sunset Park neighborhood.

The shooter, so far, has not been identified yet and the investigation is not being treated as a terrorist attack. Videos began surfacing of the people pouring out of the subway car as the station echoed with screams of terrified passengers. Various law enforcement officials stated that the gunman was pictured wearing a construction vest and a gas mask.

The shooting took place at a subway line that runs through a predominately Hispanic and Asian neighborhood and is only a 15 minute train ride to Manhattan. Local schools, including the high school across the street from the station, were put on lockdown.

New York City has been home to a Hugh number of shooting and high-profile incidents in the last few months, especially on the city’s subway lines. The most shocking of which took place in January where a women was pushed to her death in front of a train by a stranger.