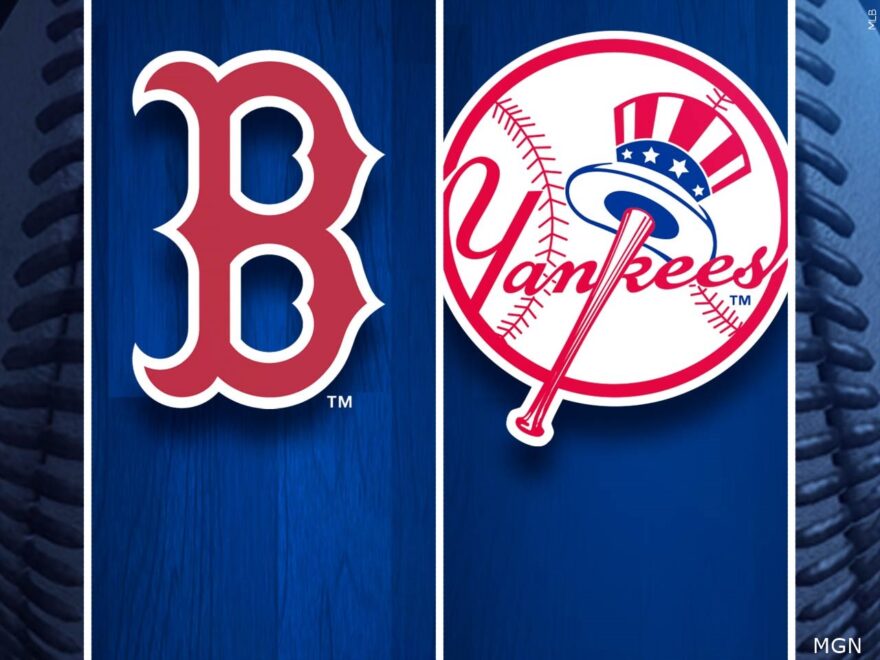 The Boston Red Sox took on the New York Yankees in the 2nd of a 4 game series in the Bronx. The Red Sox dropped the 1st game of the series 5-4 in the 10th inning after battling back from 3-0 down only to give up their own 4-3 lead and lose.

The Red Sox would be the ones to get the scoring started this game as Tommy Pham would take an outside fastball to the opposite field and barely poke it over the outfield wall to give the Red Sox a 1-0 lead in the 1st.

Verdugo would step up right after Pham and double to left but the J.D. Martinez would leave him stranded and the Red Sox would only score one in the 1st. 42-year-old Rich Hill would take the mound for the Red Sox and he started the game off strong.

Hill would strike out Yankees slugger Aaron Judge in the 1st much to the dismay of all Yankees fans and pretty much all baseball fans. Judge entered this game with 60 home runs, one shy of the all time AL record set by Yankees legend Roger Maris.

Judge is also on triple crown watch, as he entered the game leading the AL in batting average, homeruns, and RBIs. Rich Hill would then go on to get Giancarlo Stanton and Gleyber Torres out and escape the 1st without giving up a run.

The Red Sox wouldn’t manage a hit in the 2nd while the Yankees got a single but did nothing with it as the Red Sox would enter the top of the 3rd still holding on to a 1-0 lead.

The Red Sox would bring in Matt Strahm for the bottom of the 8th and he would get the inning started by getting the first two outs of the inning. The problems would start when he walked Harrison Bader on four pitches. Strahm would then pick off Bader while he was taking off toward second base but a poor throw from Strahm would allow Bader to get all the way to third base on the play.

Jose Trevino, the Yankees catcher, would come up to the plate next and rip a line drive into center field to score Harrison Bader and give the Yankees a massive 5-4 lead heading into the top of the 9th.

The Yankees brought in their closing pitcher, Jonathan Loaisiga, to secure the win and he got the job done. The Red Sox would get two hits in the 9th to scare the bleacher creatures in Yankee Stadium, but Loaisiga would get the last two outs of the inning to get the close win for the Yankees.

The Red Sox will look to bounce back from an 0-2 start to the series on Saturday when they take on the Yankees at 1:05 PM as Aaron Judge continues his charge towards home run history as he remains two long balls away from the American League single season record.