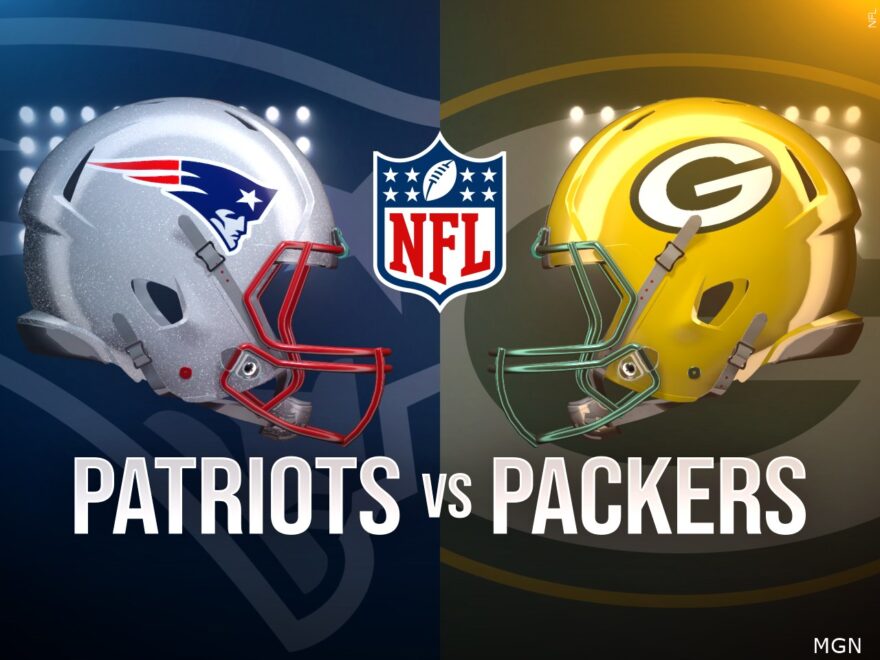 The first quarter started off strong by the Patriots as Hoyer hit wide receiver Nelson Agholor on a 22 yard pass near the Patriot sideline, which was enough to get the offense into field goal range. Nick Folk then came onto the field later in the drive to kick a 37 yard field goal to give New England a 3-0 lead early in the game. On the first play of the drive for the Packers Rodgers hit Allen Lazard on a 25 yard slant, but that was the most offense the Packers had during the first quarter of play due to a fumble by Romeo Doubs.

The start of the second quarter was great for the Packers as rookie receiver Christian Watson scored his first NFL touchdown on a 15 yard jet sweep at the two minute mark in the second quarter. Bailey Zappe then made his NFL debut for New England on their third drive of the game, but could not muster much during this drive. Then with 20 seconds left in the first half, Rodgers throws an interception right into the hands of Jack Jones who takes it back for 40 yards to the house to put the Patriots up 10-7 going into the half.

Green Bay started with the ball in the second half, and it did not take them long to score and regain the lead. On 4th and 1, Aaron Jones converts on a pitch that gets them to the red zone that leads to a 20 yard touchdown reception by Robert Tonyan that puts the Packers up 14-10. The Patriots then respond with a long 6 minute drive that was capped off by a 25 yard touchdown pass to DeVante Parker, as Bailey Zappe gets his first touchdown pass in the NFL. Celebrations did not last long as Green Bay went down the field quickly on a dominating drive by Jones and Lazard that gave them the 38 yard field goal by Mason Crosby to tie the game going into the fourth quarter 17-17.

The Patriots decided to keep the ball on the ground to start the fourth quarter, as Damien Harris and Kevin Harris rolled through the Packers defense, which then resulted in a 5 yard touchdown run by Harris, his first of the year. However, Aaron Rodgers showed why he won so many MVP awards, as he quickly took Green Bay 75 yards down the field in just under 4 minutes and finished the drive off with a 13 yard passing touchdown to Romeo Doubs, tying the game at 24 a piece. Green Bay quickly got the ball back and took no time at all to try and take the lead, as Rodgers looked to Doubs 40 yards down the field for the touchdown, but upon further review it was overturned and the game remained tied at 24, leading to overtime.

Both defenses came alive during overtime, getting multiple stops on both sides. Green Bay then started running the clock down, starting their second drive of overtime with just above six minutes left then finishing it off with a field goal to win the game from 31 yards out. The Packers take home the win lead by Rodgers, having 251 yards and two touchdowns. Zappe went 10-15 in the loss, throwing for 99 yards and a touchdown. New England is looking to turn it around Sunday when they play the Lions at home.