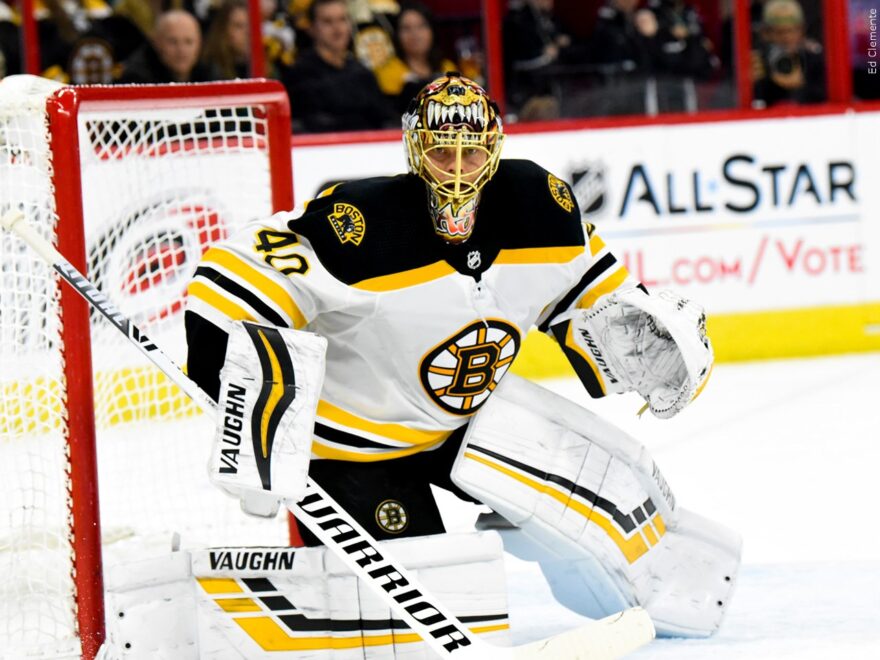 The Boston Bruins held off the Arizona Coyotes during their home opener Saturday night at TD Garden.

Coming off of a strong win against the Washington Capitals for their first regular season game, the Bruins looked to continue their winning streak against the Coyotes. Previously, Arizona had lost to the Pittsburgh Penguins 6-2 to start their season.

Under new head coach Jim Montgomery, the Bruins dominated the first period with tensions running high as old teammate Nick Ritchie received a two-minute penalty for cross-checking. One minute later Troy Stetcher received a penalty for slashing, leading to a Bruins power play goal from Pavel Zacha early in the period. The Coyotes failed to clear the puck, resulting in a late period goal from Charlie Coyle that extended from Arizona’s turnover.

Up 2-0, Trent Frederic and Liam O’Brien both received five-minute penalties for fighting right off the bat in the second period. Arizona capitalized by taking several shots on goal, but goaltender Jeremy Swayman stepped in the way. Clayton Keller of Arizona scored a one-timer power play goal in lieu of Taylor Hall’s penalty. Cutting the score in half, the Coyotes maintained steady possession of the puck with several shots on goal.

Late in the second period Nick Foligno redirected a shot from Connor Clifton extending Boston’s lead 3-1. Arizona’s goaltender Karel Vejmelka held the score for the rest of the period, saving three shots from the Bruins.

The Coyotes came out blazing in the third period. With the B’s scrambling to defend, Josh Brown of Arizona scored an early goal cutting Boston’s lead to one. Shortly after, Shayne Gostisbehere scored on a breakaway against Jeremy Swayman, tying the game 3-3. David Krejci won a faceoff in the offensive zone allowing Derek Forbort to tallie one against the Coyotes.

On a giveaway by Gostisbehere in the Coyotes’ defensive zone, Hampus Lindholm made a clean pass to A.J. Greer with a goal putting the Bruins up by one more to hold the lead 5-3. Arizona pulled Vejmelka leaving an empty net for Greer to score his second goal of the game with an assist from Coyle. Boston won the game 6-3 with a total of 43 shots on goal, while Arizona only converted 24 shots on goal.

With the win, Boston has a two game winning streak to start the regular season, placing them at the top of the eastern conference. The Bruins will be hosting the Florida Panthers at home in TD Garden on Monday, October 17, puck drops at 7 p.m. ET.