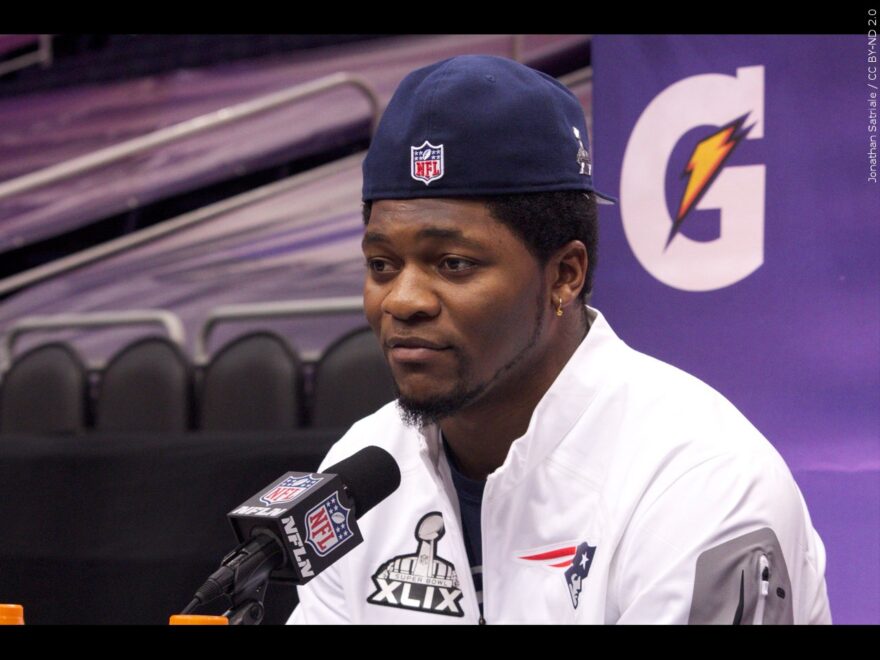 BOSTON – The Patriots traveled to Cleveland looking to improve their win percentage to .500 following a shutout win against the Detroit Lions last week which moved them to 2-3 on the year. The Browns also entered the game at 2-3, coming off two straight losses after starting the year 2-1.

Rookie Quarterback Bailey Zappe was back under center for the Pats despite starter Mac Jones making the trip to Cleveland. New England was faced against a familiar face at Quarterback on the opposing side: Jacoby Brissett. Brissett was drafted by the Patriots back in 2016 and spent his rookie season in New England.

It seemed the Pats familiarity with Brissett was more than he would’ve liked, as he was intercepted by Patriots safety Kyle Dugger on his second throw of the game. Now with the ball, New England was able to drive down deep into Cleveland territory, however, their red zone touchdown efficiency continued to underperform as they were forced to settle for 3.

Nick Folk kicked a 19 yard chip shot to put the Patriots in front 3-0. The Browns responded with a field goal of their own after Brissett led the offense 54 yards down field, setting up Cade York for the kick and tying things up at 3-3.

The defense for both sides geared up as the first half went on. The Patriots next drive ended in Zappe getting sacked mid-throw by Myles Garrett leading to a fumble that was recovered by the Browns. With the Browns in position to take the lead, the Patriots were able to get the ball back through a turnover on downs after Cleveland attempted to go for it on 4th and 1.

The next drives by both teams ended in punts, the score still sitting at 3-3 midway through the second quarter. On a 9 play, 87 yard drive that ended in a touchdown score by Rhamondre Stevenson – taking on the brunt of the run plays with Damien Harris out – New England was able to take back the lead 10-3. Before the end of the half, the Browns were able to kick another field goal, cutting their deficit to 10-6.

Starting with the ball in the second half, the Patriots wasted no time in attempting to extend their lead. After driving 75 yards down the field, Zappe capped off the drive with a touchdown pass to rookie Tyquan Thornton who tallied his first career touchdown reception with the catch, the score now 17-6. About midway through the third quarter, Jacoby Brissett threw his second interception of the game to Patriots corner Jaylen Mills.

This would set up a 31 yard strike from Zappe to tight-end Hunter Henry, who scored his first touchdown of the year, with the Pats now leading 24-6. At the start of the fourth quarter, Cleveland was able to kick another field goal to cut the Patriots lead to 24-9, and thanks to Nick Folk’s first missed field goal inside 50 yards since week one of the 2020 season, the Browns were still in the game.

Cleveland made things even more interesting by driving 65 yards down the field for Amari Cooper to make an amazing touchdown grab to cut the score to 24-15. The Browns seemed to have run out of luck off the missed two point conversion needed to put them within a score of the Patriots, but things got hectic following an onside kick try by Cleveland.

The Browns looked to successfully recover an onside kick with 6:17 remaining in the game, however, after further review, it was determined to be a kick out of bounds. A Browns player touched the ball while stepping out of bounds before Browns special teamer Ronnie Harrison was able to fully gain possession of the ball.

To the relief of Patriots fans, New England got the ball back off a close call. Now with possession, their offense stuttered, forcing them to punt the ball back to the Browns, giving them yet another chance to get back in the game.

Things went sour for the Browns as New England’s special teams was able to redeem themselves following a scare on the punt before, with undrafted rookie Brenden Schooler recovering a muffed catch by Cleveland punt returner Chester Rogers to give the ball back to the Pats inside Cleveland territory. Rookie Tyquan Thorthon was able to score his second touchdown of the game off a jet sweep to put New England up 31-15.

Things only got worse for the Browns, as Jacoby Brissett fumbled on the second play of their next drive, giving the ball back to New England. The Patriots didn’t hesitate to extend their lead, with Stevenson running it in 6 yards for the score, setting the score at 38-15. That’s how the game would end, with the Pats improving their record to 3-3.

With the win, New England surprisingly still sits in last place in the AFC East. Regardless, the Patriots continue to drastically improve as time goes on. Bailey Zappe has taken this opportunity to start by the throat, looking better and better the more he plays. He was able to spread the ball around nicely, involving a plethora of Patriots offensive talent in the win while the defense continued to look like a top five unit in the league.

With questions surrounding who will start at QB next week for New England looming, as Mac Jones continues to make progress week by week, the Patriots look to move to a winning record for the first time this year next Monday Night against the Bears.