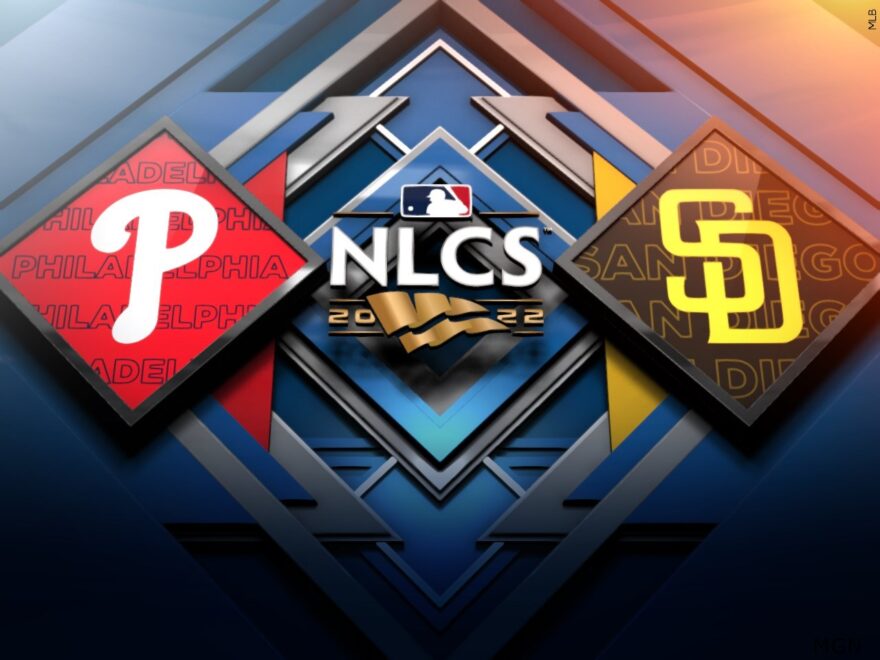 The Philadelphia Phillies shutout the San Diego Padres Wednesday in game one of the National League Championship Series 2-0.

The Padres had Yu Darvish on the mound to start. He only allowed the Phillies offense to tally three hits, but they were big nonetheless. In the fourth inning, Bryce Harper had an opposite field home run into the shallow stands of right field.

Two innings later in the sixth, Kyle Schwarber had his second hit of the game with a 488-foot bomb to the second deck at Petco Park increasing the Phillies lead by 2 runs. Hopefully by going 2-3, Schwarber snaps out of his postseason batting slump. Schwarber led the National League with 46 home runs, but prior to NLCS game 1, was 1-for-20 at the plate in the postseason.

The fans in Petco Park may not have cheered for Schwarber’s home run, but you bet the Phillies dugout was jumping up and down. Harper stood in the dugout with his mouth wide open in amazement. Harper said he has “never seen a ball go up in that section in Petco Park. Just very impressive”.

Even Padres catcher Austin Nola was impressed, saying, “that ball was hit as far as I’ve ever seen”, complementing Schwarber’s swing. This series is quite special for Nola as he is facing off against his younger brother, Phillies pitcher, Aaron Nola.

Aaron Nola is set to take the mound today for the Phillies in game two of the NLCS while Blake Snell is starting for the Padres.