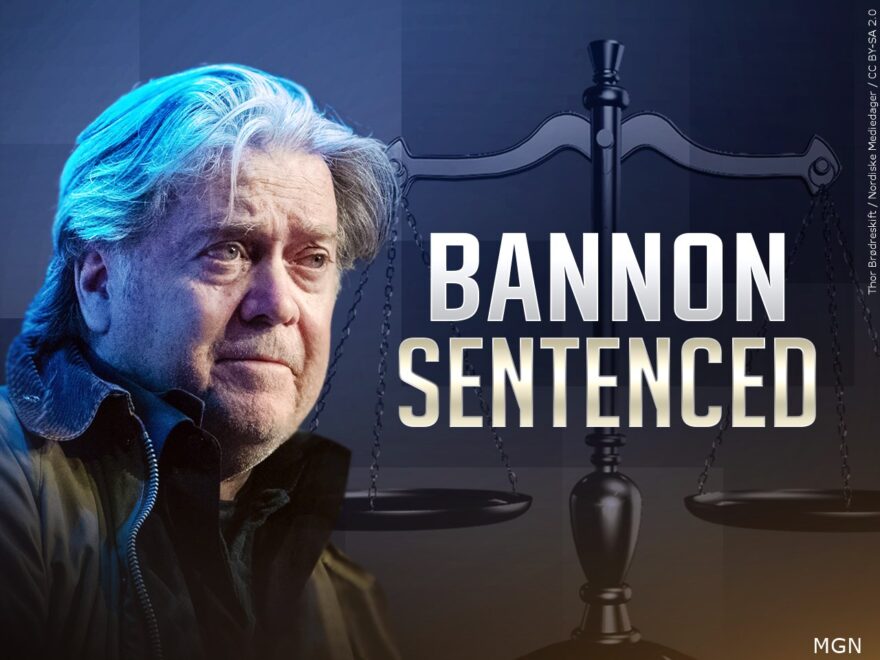 Steve Bannon, former White House Chief Strategist during the Trump administration, was sentenced to four months in federal prison on Friday for defying a subpoena. He was convicted by the House Jan. 6 committee on two counts of contempt: refusing to sit for deposition and refusing to provide documents.

U.S. District Judge Carl Nichols allowed Bannon to stay free while awaiting appeal and also imposed a fine of $6,500 as part of the sentence. While Bannon’s lawyers argued probation would be a suitable punishment, prosecutors asked for a six month sentence to federal prisoner.

“In my view, Mr. Bannon has not taken responsibility for his actions,” Nichols said while sentencing Bannon. “Others must be deterred from committing similar crimes.”

According to the Associated Press, the House panel had sought Bannon’s testimony regarding his involvement in the Jan. 6 insurrection and the rest of Trump’s efforts to overturn the 2020 presidential election. Bannon has not yet testified or provided any documents to the committee.

“Your honor, the defendant is not above the law and that is exactly what makes this case important,” said prosecutor J.P. Cooney. “It must be made clear to the public, to the citizens, that no one is above the law.”

Meanwhile, Bannon is also facing separate money laundering, fraud and conspiracy charges in New York related to the “We Build the Wall” campaign. Bannon has pleaded not guilty.