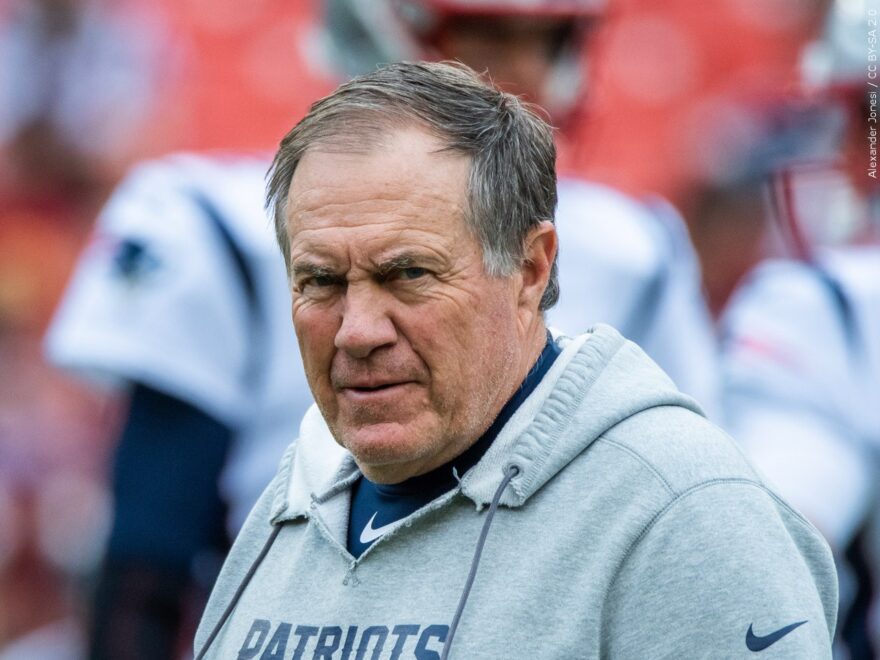 Mac Jones will start for the Patriots this Sunday against the New York Jets after what has been a pressing few days for New England. According to Field Yates, Mac took “about 90% of the first team reps in practice” after what many would call being prematurely benched in Monday Night’s loss to the Bears.

“I’ve planned to start every game I’ve ever played in,” Mac Jones told the media Wednesday afternoon. While Jones’ mental toughness has proven strong over the past few days – through Mac’s continuous attempts of support for fellow QB Bailey Zappe and the coaching staff amongst this trying situation – it’s tough to tell if the team has truly given the starting job back to Mac or if we could see a repeat of last week. When asked if Coach Belichick had directly told Mac he would be starting Sunday, he responded with “obviously, we don’t really talk about that.”

What could be perceived as typical New England strategic planning by not officially announcing their starter before the game, some question if a strategic approach to this situation is even valid. Following some of the most critical opinions of Coach Belichick we’ve heard in years thanks to his horrendous handling of this quarterback situation, you would think the Pats would want to clear the air and set things straight with Jones by officially naming him the starter.

Jones, whom New England invested their 15th overall pick of the 2021 NFL Draft in, seems to be lacking in confidence after blowing fans away with his swagger last season. Each ball he threw on Monday looked to be out of desperation, as if he thought he was going to be pulled from the game at any moment, illustrating how many think Belichick’s plan to play both QBs last week was ridiculous. Contrary to the popular belief that New England should just name a starter, the Patriots look to be sticking to their guns by keeping it a secret.

Regardless of whether or not Jones will be given that affirmation of ‘yes, you will be starting’ or not before Sunday’s game is a mystery. One thing we do know is that this could be a career defining moment for Jones. Following what was possibly the worst return from injury possible – getting replaced by a quarterback who started the year as a third string – all the pressure is on Mac to reestablish himself as the future of the Patriots, something he convinced many fans of with his impressive performance last year.

In order to do that however, he needs to be given the proper chance and play calls to do so, which Coach Belichick and company failed to give him last game. Pats fans can only pray Mac and the offensive coaching staff finally get on the same page following Monday Night’s atrocity.

There’s not much time to continue to slip up before New England could kiss their playoff hopes goodbye. Mac Jones and the Patriots look to avoid spiraling downward any further against the Jets on Sunday, kickoff is at 1 p.m. EST.