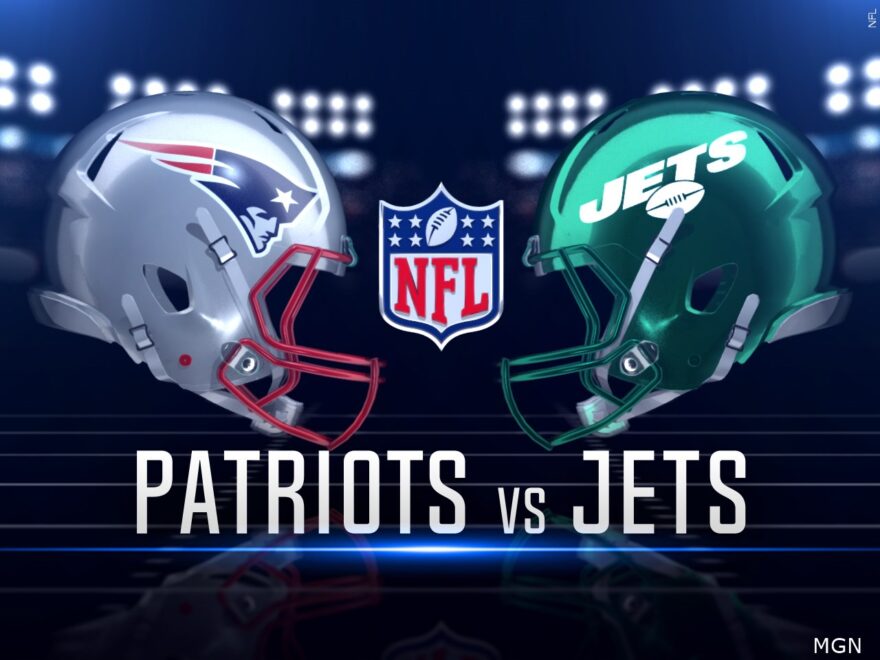 BOSTON – The New England Patriots secured a much-needed win over the New York Jets, with a score of 22-17. Mac Jones, who entered the contest with plenty of questions surrounding him and his performance this year, has reestablished himself as the Pats starting quarterback. Going into the contest, New England was down three star players, with David Andrews, Christian Barmore, and Kyle Duggar all being forced to sit out of the game with injuries.

New England’s offense struggled out of the gates, and as the first half neared its end, the Pats were down 10-3. In these waning moments, Patriots fans thought they may be seeing a repeat of the struggles this team has faced all year long.

The first red flag came on a terrible play call on 4th and 1 deep in Jets territory, leading to the Patriots turning the ball over on downs. Next, after an interception by Pats linebacker Ja’Whaun Bentley, Mac Jones threw a terrible interception that was taken back 84 yards for a touchdown. Luckily for New England, that pick 6 was called back thanks to a roughing the passer penalty on New York, giving Jones and the Patriots the ball back. The Pats coaching staff would elect to go passive and run the ball, settling for a field goal to close out the half trailing 10-6.

It seemed like a totally different team walking out on the field after halftime. Mac Jones was able to drive the offense down the field and inside the Jets five yard line. Being faced with another 4th and 1, the Patriots elected to go for it again. This time, Jones was able to connect with Jakobi Meyers for the touchdown. Following that great drive that ended with the score, New England now led 13-10.

“[The coaching staff has] done a good job all year adjusting at halftime,” Jones said post game when asked about the explosive drive the Patriots executed to open the second half. The feelings were mutual for the coaching staff, as quarterback’s coach Joe Judge explained how he thought “Mac did a lot of really, really good things…to help the team win.”

New England’s defense was also able to reassert themselves as a force to be reckoned with following last week’s slip up. Devin McCourty had Zach Wilson seeing ghosts – tacking on two interceptions in the second half – and New England’s pass rush was able to rise from the grave and return to their dominant ways on Halloweekend. Four Nick Folk field goals and a Jets garbage time touchdown later, New England would finish the game on top, 22-17.

Now, was this a perfect redemption performance for the Patriots? Absolutely not. It was clear there are still disconnects between the coaching staff and players on offense despite a redeeming performance by Mac Jones and company. While Mac Jones’ first game back as the true starter seems to have locked him in for the position, the offense needs to produce more touchdowns in order to succeed. Despite some inconsistencies, there’s a lot to celebrate with this win; the Pats moved up to 4-4 on the year and Bill Belichick is now the second-most winningest coach of all time.

The Patriots return to Foxborough next Sunday for a date with the Indianapolis Colts in hopes to move to a winning record for the first time this season. Kickoff is at 1 p.m. EST.